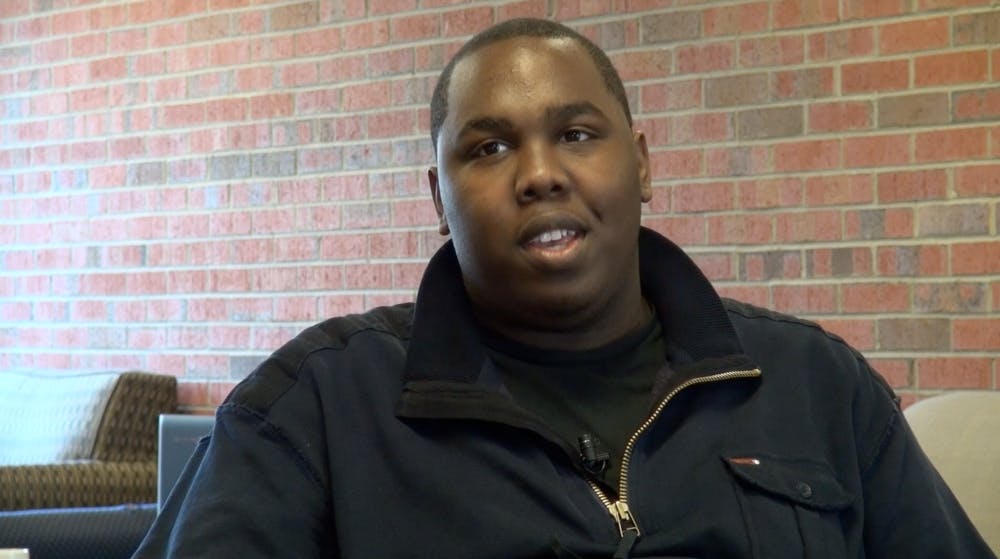 More than 5,000 students attend Elon University, each with a different story of how they got here. If you head over to Wallace L. Chandler Hall, also known as Danieley N, you might meet Resident Assistant Tristan Alexander.

Alexander enrolled at Elon during a time where, according to the 2012 Census Bureau Report, college enrollment declined by half-a-million students. Alexander is a sophomore from Brooklyn, N.Y.

"I wasn't considering going to college at first because I didn't think it was for me," Alexander said.

Alexander was born in Trinidad and came to America when he was in second grade. His goal is to become the first person in his family to graduate from college.

"My older brother went to college, but he dropped out because he experimented with drugs and got schizophrenia," he said.

The situation took a toll on Alexander's family. He is one of five siblings raised by his mother, and he hasn't seen his father since coming to America.

"Biologically he was my father, but he didn't act like one," he said. "He didn't really play much of a role in my life. It was always my mother who played both roles in my relationship so I've never had a male role model."

But Alexander uses these situations as inspiration to move forward. He attends Elon on a full scholarship through the Watson and Odyssey Scholars Program and hopes his story will help his brother as he starts his college search.

"I'm just inspiring my little brother who is about to go to college in the fall to do the same, so I am pretty proud of that," he said.

An inspiration to both his family and friends, Alexander is just one of many people that make Elon unique.