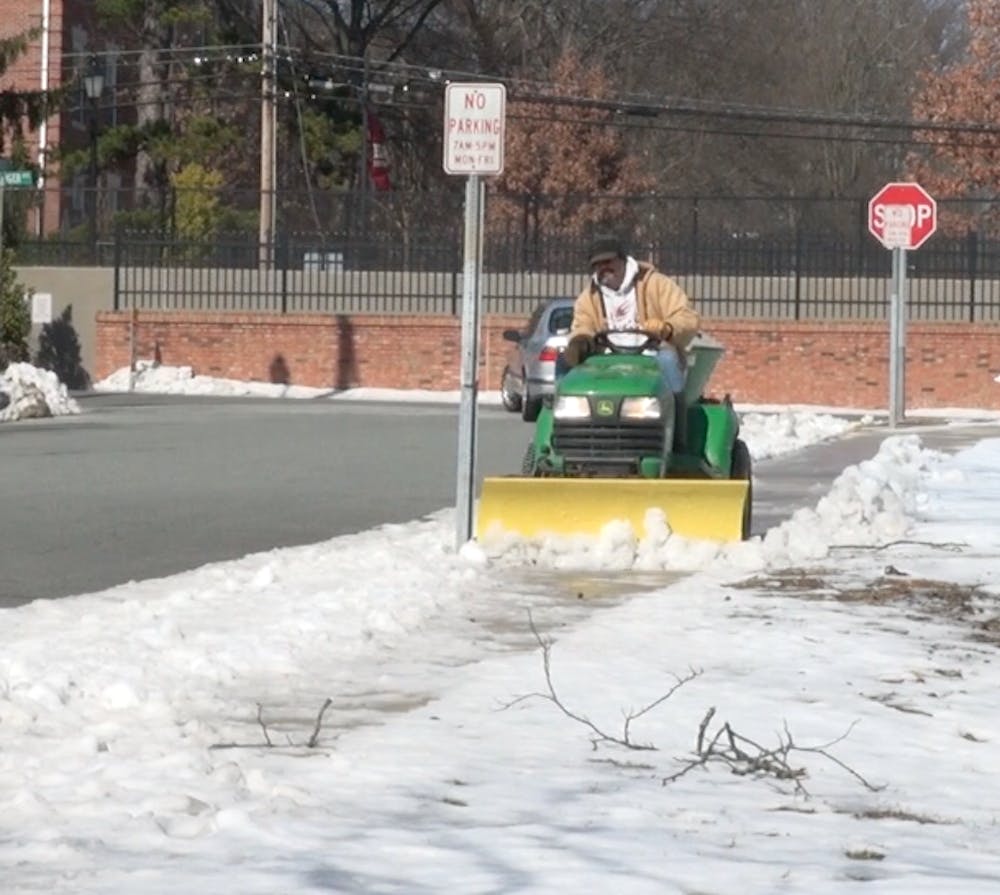 The snow brought a three-day vacation for students, but not all members of the Elon community were so lucky. While students enjoyed sledding and snowball fights, Physical Plant employees were hard at work trying to clear roads, sidewalks and parking lots all over campus.

"Our job generally doesn't change that much," says Scott Rivera, a Physical Plant gardener. "We're just doing something different at a different time, but we are used to it. We expect it."

Rivera, along with many other Physical Plant employees, worked overtime last week to clear the campus of snow.

"We are pretty well equipped, but we're not equipped to handle 5 to 6 inches of snow in a 24-hour period and make it go all away," Rivera says. "Compared to other things, other events, this is the big one. This is the one we will remember for a while."

Although Rivera is technically a gardener, he did not touch a flower all week. Instead, he spent countless hours clearing the snow, which meant a lot of hard work and very little sleep.

"I got here a little before 7:00 Wednesday morning and I left here yesterday (Friday) afternoon," says Rivera.

It took more than just the landscape crew to clear the grounds. According to Rivera, "we had the paint crew, or the moving and set up crew came in. They were shoveling walks. You know the campus was closed. They could have sat on their butts and still get paid, but they chose to come in and help. That's just how it is here. We look out for each other."

Rivera says that this storm was particularly difficult to contain because it did not stop. Since it was such a large storm, Physical Plant used all the equipment it had to combat the snow, which is very unusual for its employees to do.

The Physical Plant department had two crews of about 10 to 12 employees working around the clock to clear the snow. While they were not working, they were warming up and sleeping in Harden clubhouse to be close to campus.

Even with the lack of sleep, Rivera says that he and the rest of the Physical Plant staff appreciate the support from the school.

"I mean everybody appreciates it and we appreciate everybody helping out," Rivera says. "We had a really bad storm come through that dumped a bunch of snow on us and we handled it. You know we couldn't have done it, this department couldn't have done it ourselves. We had people from Environmental [Services] helping, people from Moving and Setup crew helping and Aramark fed us while we were here."

Despite the long hours and working in the cold, Rivera says that he loves his job and of course, Elon University.