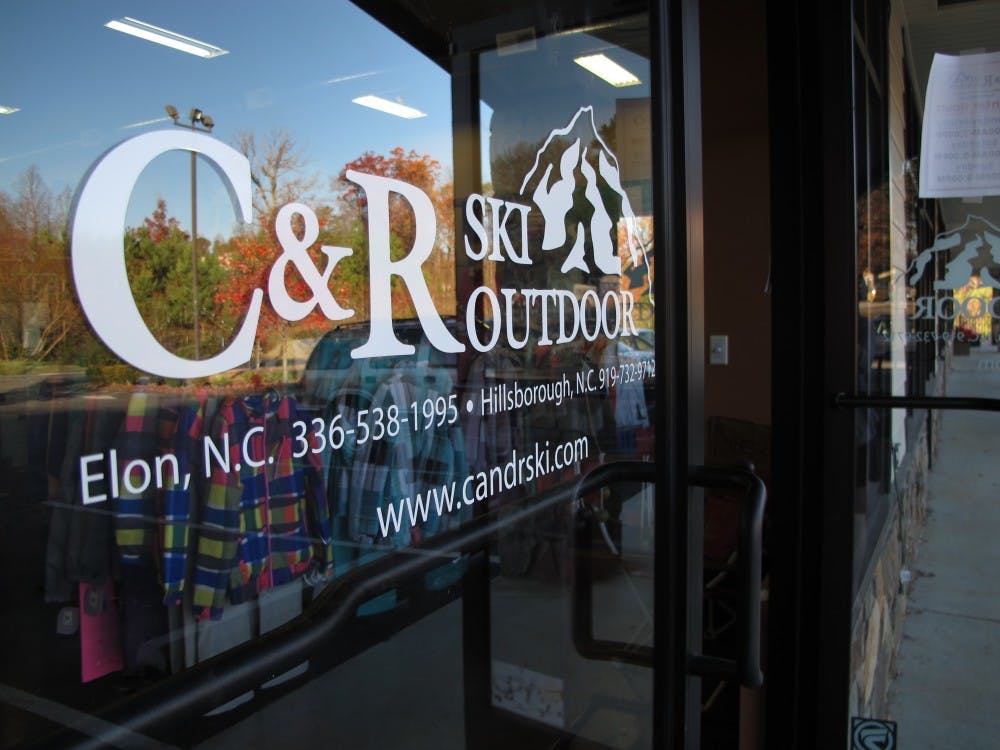 As snow swept through the Triad area on Feb. 12 to 14, boots, bibs, sleds and snowboards flew off the shelves of C&R Ski Outdoor in Elon. While some local businesses shut down to wait out the winter weather, C&R manager Marvin "Bullet" Franklin braved the storm to open up shop and serve the many locals who were unprepared for the snow and ice.

Some restaurants from larger national chains like Panera Bread and Bojangles, which line Huffman Mill Road in Burlington, closed early the first night of the storm. But for local businesses like C&R that have a smaller reach, closing would mean losing valuable business.

"When something like this comes through, [sales go] up substantially for a couple of days, but it's not like something that lasts for days on end," Franklin said. "It's just like a mad rush, and once people get their gloves and stuff, it's about over."

According to Franklin, Feb. 12 to 14's 8-inch snowfall was one of the heaviest snows the Burlington area has seen in years.

"There were a lot of people who had kids who'd never really seen snow like this before," he said. "I mean, they'd seen it in the mountains, but they'd never seen it right out their window. It stoked 'em up pretty good."

Franklin said he was surprised to see so many people out and about with so much snow on the ground. But while he didn't expect so many customers, the surprise was definitely a pleasant one for business. C&R's second location in Hillsborough runs buses to Wintergreen Resort in Virginia, and Franklin thinks this storm sparked a greater interest in skiing for area residents.

'Winter wonderland' not all fun and games

Local Yogurt was one of Elon's local businesses that closed for the snow.

Manager Kelsey Brown said the business closed from Wednesday to Friday for the safety of the employees, a staff mainly composed of Elon University students.

While there was a slight dip in the business' revenue, Brown said the loss of profit was not as detrimental as it could have been if the business closed later in the spring.

"Nobody really wants ice cream in the snow...," Brown said. "I don't think we missed out on a ton of business. We definitely did a little bit, but [it was] not devastating. It was probably more cost-effective to stay closed."

Brown said the roads were her greatest concern as a manager and as a student because she saw many people having to get out of their cars and push them through the snow before tractors and snowplows finished plowing the streets of Elon. She said she thinks the decision to close Local Yogurt was a good one in the end.

While the storm has passed, Franklin said he thinks storms like these can have lasting effects, whether they're negative or positive. For C&R, he considers the impact to be positive because the storm put the shop on some people's radar again.

"I had a lady come in here before [who said she liked to ski]..." he said. "She never knew that we had all this ski stuff in here, so now - this huge snowstorm. She said, 'I buy everything wherever I go,' but she never knew we existed so now that she does, that could be another customer that doesn't come in just to buy those gloves or those bibs."