To be a Panthers fan 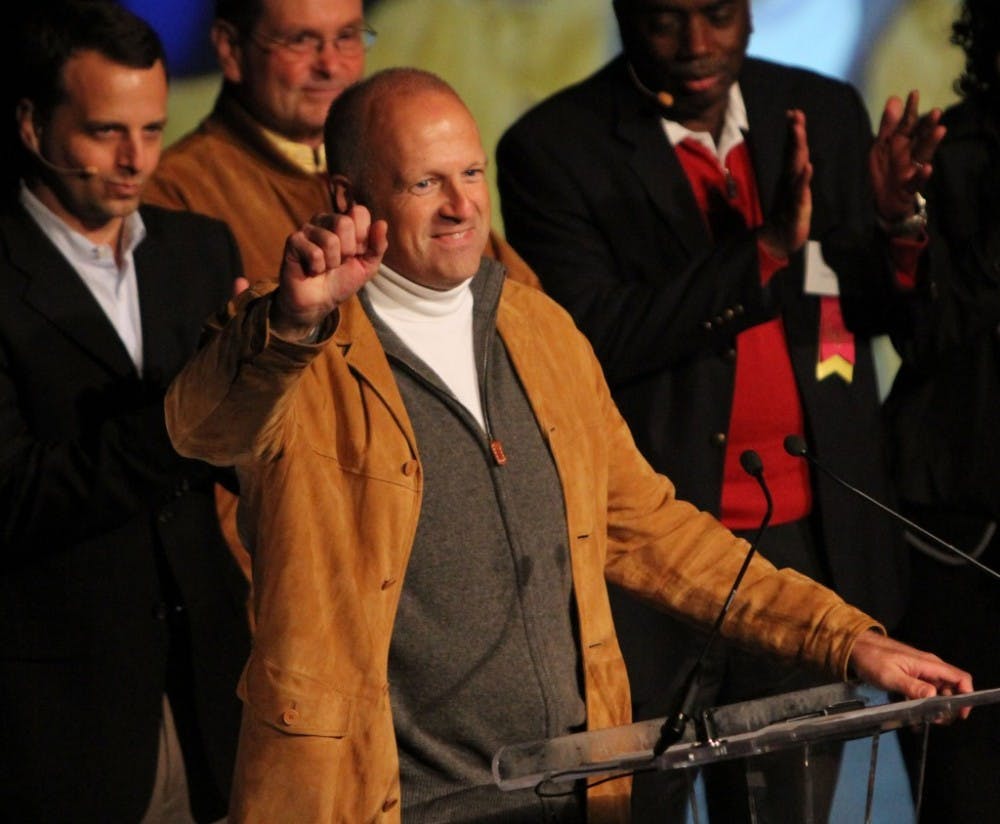 Elon president Leo Lambert energizes the crowd during Ever Elon on Friday, October 21, 2011.

Few things can describe the sensation.

"That's the only way I can describe it. Anyone who would walk in would think that I'm dying because I'm screaming at every single play."

The sensation was felt by National Football League fans across the country over the weekend. But what does it mean to be a fan?

"The true fan has been there from the beginning," said Sophomore Reed Payne. "They remember the seasons with Cam that went six and ten."

As a Charlotte native, Payne is referring to the Carolina Panthers football team.

"You're there with them, thick and thin," Turner said.

"That team is like home to me, it's like a family member when people talk about them. People may think it's stupid but it hurts my feelings," Turner said.

Elon Students Kyron Turner and Reed Payne wear their hearts on their sleeves when their Panthers are playing.

And that heart bleeds Carolina blue.

Payne predicted, "This year they're under dogs, and I think they're going to surprise some people."

The outcome was not as favorable though.

This weekend the Carolina Panthers faced off against the San Francisco 49ers in Charlotte. For some fans, this season has been special.

"It's been great. It's been one of those things where you're on the edge of your seat," Turner said.

And for a team that hasn't seen the playoffs in 6 years, playing at home means a lot.

"I just want us to win not only for pride, but for everyone else to shut up," Turner said.

In a clash of two top-tier defenses, the Panthers got outplayed, and lost a heartbreaking game 23-10.

But even though one of the hottest teams in football got dominated in their first playoff game, a true fan always looks at the positives.

"If they lose, it's been a great season, and it's all you can ask for; is for the team to be competitive."

And that's what it means to be a fan.