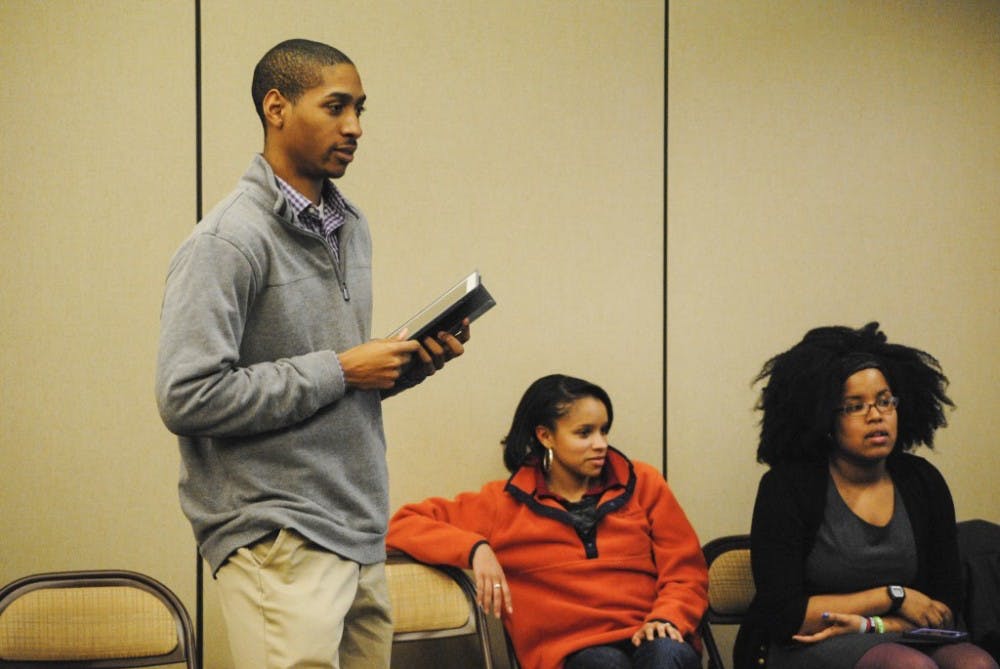 At the MLK Difficult Dialogue on Thursday night, participants discussed social change on Elon’s campus and on a national and international scale. The event, hosted by the Multicultural Center in a Lakeside conference room, consisted of student-led discussions that examined Martin Luther King’s achievements and speeches.

During the dialogue, titled “Continuing the Spirit of Social Justice,” attendees recognized that King’s legacy affects all people, and that awareness leads to societal transformation.

To start the event, Abayisenga presented information about King’s life, focusing on his desire to serve others.  Discussion participants shared how King’s words contribute to their understanding of service.

“I think it’s important to realize that to have a fulfilling life means that we have to contribute to others,” Turner said.

Abayisenga then showed a segment from King’s “I Have a Dream Speech.” Afterwards, attendees said that King’s message impacts people from all backgrounds, not just those who experience racial inequalities.

“He could never be dead because his words are alive,” Abayisenga said.

Turner and Joshua then led separate discussions about two of King’s other speeches.

Turner read an excerpt from King’s eulogy for victims of the Birmingham church bombing in 1963. To put the speech into context, participants talked about the social constructs of the civil rights era. They also spoke about today’s injustices, including economic inequalities.  Turner warned attendees to think before judging people from other cultures.

“We have to understand the society and its interworkings before we point fingers,” she said.

Joshua introduced excerpts from King’s 1965 commencement speech at Oberlin College. He pointed out the speech’s analogy about the fictional character Rip Van Winkle, who slept so long that he missed changes in his town.

According to Joshua, King made an important comparison between the tale and people who ignore societal problems. Joshua said that, unlike Rip Van Winkle, King identified disparities during his lifetime and found ways to combat them.

Attendees said that King’s example applies to modern situations across all groups.

“I think that it’s not only an issue for minorities, but that it’s an issue for the human condition,” Abayisenga said. “As people, we have to open our eyes that there are things going on not only in our community but around the world.”

Joshua, who studied abroad during his time as a student, said that becoming globally aware helps students to facilitate changes.

“[Studying abroad] pushes you outside of that invisible boundary that you put yourself in,” he said.

Community member Darrius Richmond agreed that awareness is beneficial, and said that the Rip Van Winkle analogy was the most impactful part of the discussion.

“If you don’t recognize what’s going on, you can’t advocate,” he said.