What Jacoby Ellsbury signing with the Yankees really means 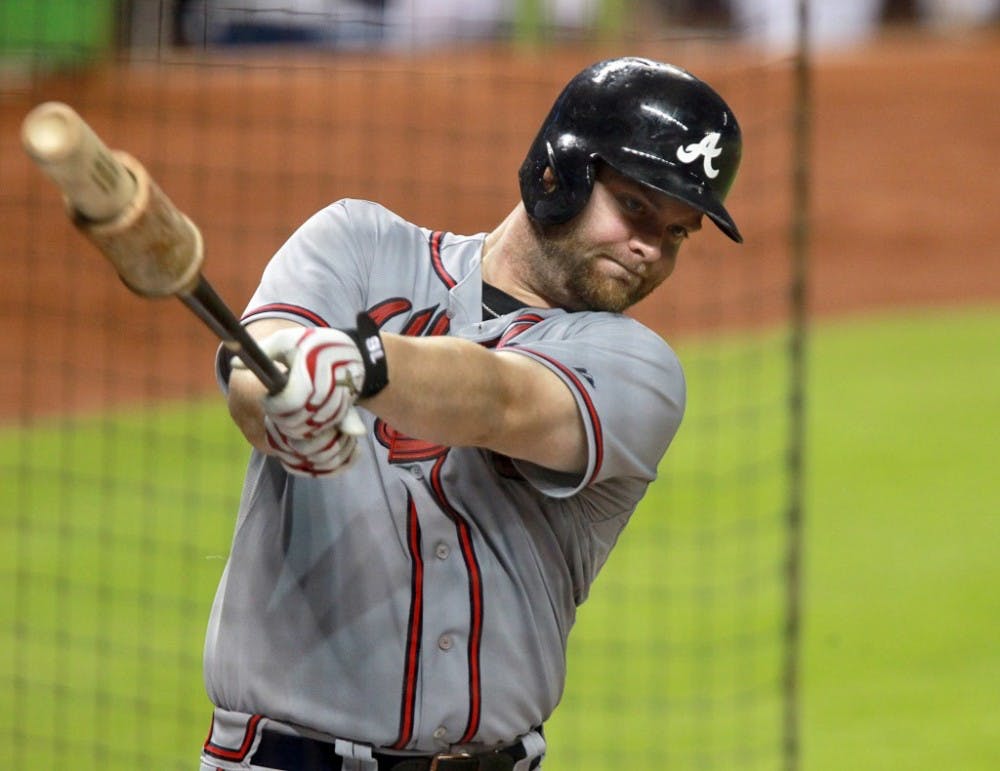 The Atlanta Braves' Brian McCann gets ready to bat in the eighth inning against the Miami Marlins at Marlins Park in Miami, Florida, on Wednesday, September 11, 2013. Miami won, 5-2. (Pedro Portal/EL Nuevo Herald/MCT)

The New York Yankees are at it again. After the team’s worst season in 20 years in 2013, the team's front office made it clear a repeat performance is not in the cards.

The Yankees have rebuilt, as we all knew they would. Two signings thus far have been blockbusters. First, it was catcher Brian McCann for five years, $85 million. Now, it’s center fielder Jacoby Ellsbury for seven years, $153 million.

Missing the playoffs isn’t a common occurrence in the Bronx. The Yankees’ front office is making sure it doesn’t happen again.

So what does all of this mean? Well, the team wasn’t bluffing when it said it would move on without Robinson Cano.

There are two ways Cano and his agent, Brodie Van Wagenen, who works in partnership with Jay-Z’s Roc Nation Sports, can look at the Yankees’ signings of McCann and Ellsbury. The first angle is the team is content in moving on without the All-Star second baseman and Cano should look elsewhere. Seattle has expressed interest and is reportedly willing to offer in the range of $200 million for eight years. It’s a far cry from the 10-year, $310 million Cano wanted before the offseason, but it’s more than the Yankees reported offer of seven years, $160 million.

The other angle is Yankee brass is rebuilding to win another championship and Cano can take a lesser contract than the ungodly $310 million he wanted in exchange for another championship or two. McCann is a big upgrade from each of the catchers Joe Girardi and the Yankees trotted out in the No. 9 spot of the 2013 lineup and Ellsbury provides a speedy, left-handed bat at the top of the lineup as well as an upgrade defensively in center field.

Ellsbury will replace Curtis Granderson, who was part of the cavalcade of players injured for the Yankees in 2013. Granderson owned a WAR (wins above replacement) of 1.4 in 2013 while Ellsbury’s was 5.8. In 2011 when Ellsbury hit 32 home runs from the leadoff spot in Boston and scored 119 runs, his WAR reached 9.1. Granderson’s career-high is 7.7 dating back to the 2007 season with the Detroit Tigers. It's very reasonable with the short porch in right field at Yankee Stadium to think Ellsbury can return to the 30-plus homer numbers, as well as 50-60 stolen bases.

Behind the plate, McCann brings another power bat from the left side that will, like Ellsbury, take aim on the short porch in right field. In nine years with the Atlanta Braves, McCann launched 176 homers. Only once in eight full seasons has he hit less than 20 home runs. McCann’s WAR of 2.7 isn’t the greatest, but it’s far higher than Francisco Cervelli, Austin Romine or Chris Stewart, each of which the Yankees used in 2013.

McCann also brings consistency behind the plate for the pitching staff, which struggled in 2013.

CC Sabathia had by far his worst season in the Bronx. The big lefty went 14-13 with a 4.78 ERA and 175 strikeouts. In his first four years with the Yankees, he hadn’t lost more than eight games in a season and won 19 or more each of the first three. His highest ERA was a 3.38 mark in 2012. While Sabathia looked shaky through the middle of the 2013 season, a lot of that can be blamed on who he was throwing to. There is something to be said for having confidence in who you’re throwing to. McCann brings a trusted mind behind the plate.

Believe it or not, Robinson Cano is still in the cards for the Yankees. He wouldn’t get the major contract he wanted now, but lets face it, he wasn't going to get it anyway. But, the Yankees believe he’s backed off on those demands. Since the original demand of $310 million, he’s made no such motion to stay at that level.

It comes down to whether Cano wants to stay in New York and win or go to a team like Seattle, get paid $40 million more and maybe never get the chance at another World Series title.

If Cano does move on for the money, options to replace him could be available. The Yankees have already asked about Cincinnati Reds’ second baseman Brandon Phillips. The Yankees would have to trade for him, but they can take on the remaining four years, $50 million on his contract. Another option is Omar Infante. A contract for the journeyman Infante wouldn’t be nearly as much money as Cano or Phillips. He wouldn’t provide the “wow factor” Cano and Phillips bring, though.

Regardless, the Yankees are moving on with or without Cano. Signing Ellsbury and McCann proves that. The ball is in New York’s court when it comes to Robinson Cano, but the decision is on him. Be a Yankee for life and get the chance at another World Series or two, or move on and chase the money and never get another chance at a World Series? Something tells me the Yankees are still a major player in the Cano sweepstakes.