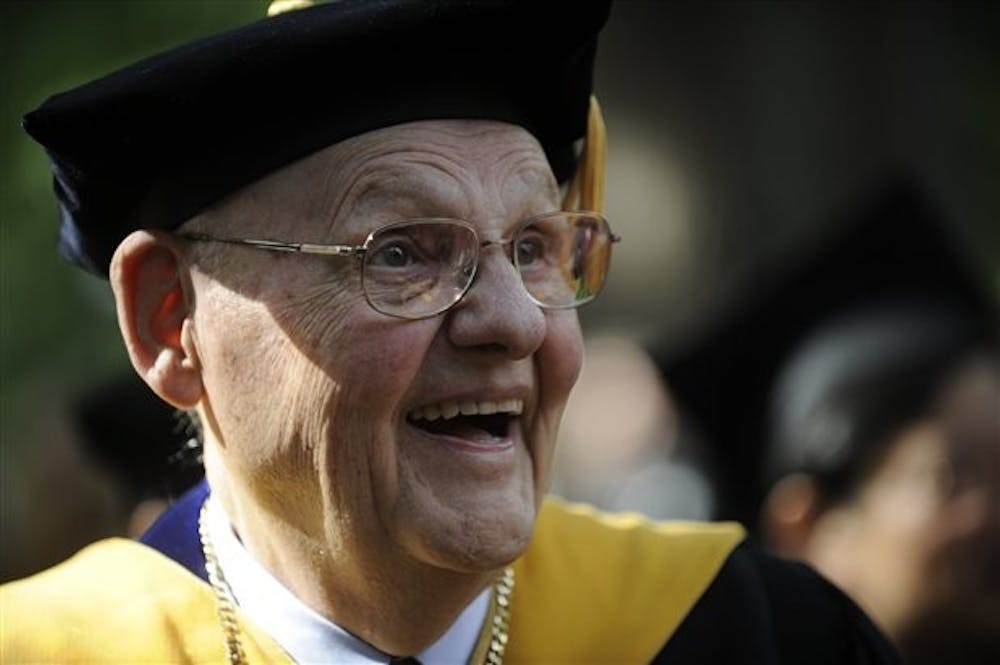 Campus legend Dr. Danieley's name will be added to a list that includes Lara Logan, Eboo Patel and Brian Williams. President Emeritus J. Earl Danieley '46 will be headlining a Spring Convocation at Elon.

Fittingly during the celebration of Elon's 125th anniversary, Danieley will discuss personal memories and thoughts about his involvement with the university that has lasted more than 70 years.

Danieley, 89, has been a student, professor of chemistry, dean of the college and president, before becoming President Emeritus in 1992.

Danieley played a large part in the development of Elon, taking it from what one author called a "parochial bottom feeder," to being a nationally recognized university.

Danieley's long list of accomplishments includes racially integrating campus, establishing early study abroad programs, and the creation of the 4-1-4 academic calendar. He also was a big supporter of increasing fundraising, growing enrollment and adding new building during his time as president.

Celebrating it's 125th year, Elon has put on a number of anniversary events, including the dedication of the Martin Alumni Center during Homecoming weekend, the planting of 125 commemorative trees, a historical photo exhibit, special historical features in The Magazine of Elon, as well as special online features.

Spring Convocation featuring Dr. Danieley will be held on April 2, 2014, at 2:30 p.m. in Alumni Gym. Tickets go on sale March 12, and are $13, or free with a Phoenix Card and are available at the Center for the Arts Box Office. Stay tuned for full coverage of the 2014 Spring Convocation, brought to you by Elon Local News.