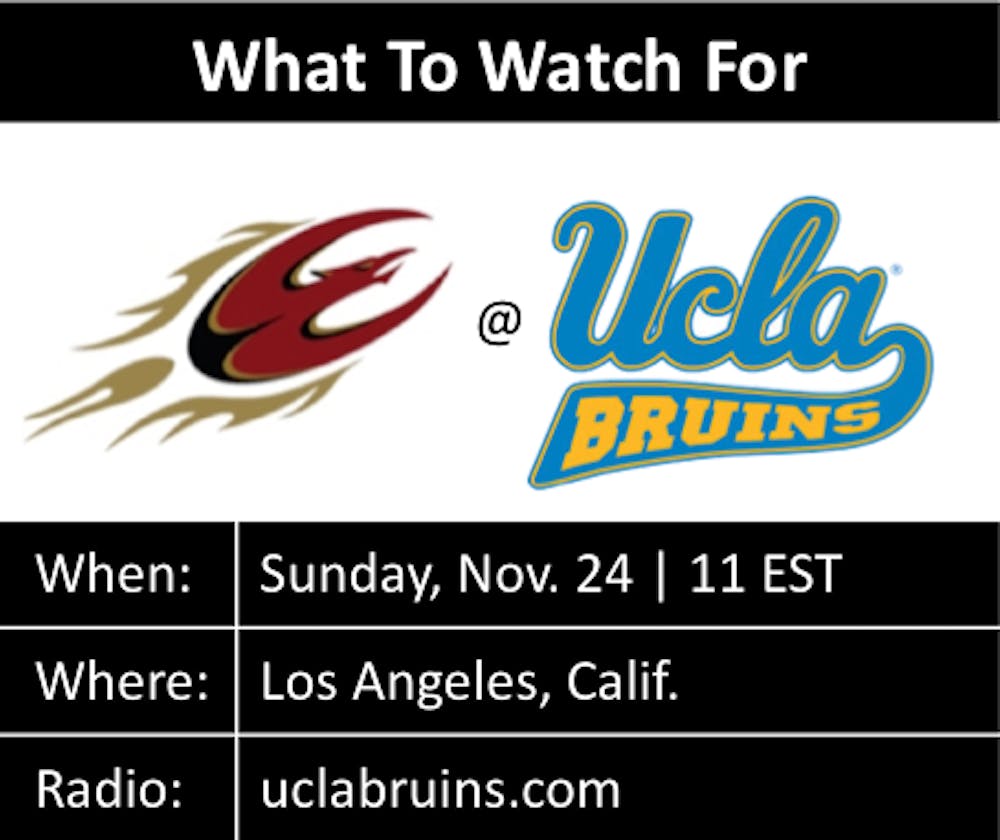 At 9:39 p.m. Eastern Time Thursday, Nov. 21, the Elon University men’s soccer team and fans charged the playing surface at Rudd Field in chase of a shirtless Jason Waterman, a junior forward on the team who scored the game-winning penalty kick for the Phoenix just seconds before against Clemson University in the first round of the NCAA Tournament.

The on-field celebration was all the time allotted for the Phoenix to bask in the team’s first NCAA Tournament victory, a 4-1 penalty kick defeat of the Tigers. When his press conference ended at 10:17 p.m., Elon head coach Darren Powell didn’t go back to the locker room to celebrate with his team after beating Clemson 4-1 in penalties. Instead, he addressed the team on the quick turnaround to get ready for Elon’s next contest Sunday night, Nov. 24, then disappeared into his office to get to work.

“I think I got home just after 1 a.m.,” Powell said of when he returned home after beating Clemson. “I went back to the office after the game. We had great support from the administration from (Athletic Director) Dave (Blank), (Senior Associate Athletics Director for Business and Operations) Kyle (Webb), (media relations representative) Troy (Sayles), everybody was helping out getting us ready to go. It took a lot of pressure off which was really, really helpful.”

Just 73 hours and 21 minutes after winning their first NCAA Tournament game in program history, the Phoenix will kick off against the tournament’s top-seed in Los Angeles, Calif. against UCLA.

“There really wasn’t much time for celebration other than what happened on the field,” said senior midfielder Daniel Lovitz. “Really it was more about taking care of our bodies and getting the right recovery processes and take care of everything we needed to. We really just wanted to focus on getting in ice baths, eating right and all that so we’ll be ready for an 8 p.m. start Sunday.”

That 8 p.m. start is Pacific Time, meaning kick on the East coast is set for 11 p.m.

“I spoke to some of our colleagues in the game and other college coaches and professional coaches and the one thing we determined straight away was we have to get our bodies on West coast time,” Powell said. “We’ve made adjustments accordingly and we should be ready to play.”

In that short time, Elon had to formulate a game plan for the Bruins, a team Elon had never faced in program history and a team located 2,500 miles from home on Rudd Field, while going to classes Friday, Nov. 22, then flying across the United States.

“Everybody went to classes Friday,” Lovitz said. “Then we went straight from the locker room to the bus for Raleigh-Durham at about 2 o’clock.”

“We pulled off the campus at 2 o’clock for a 5 o’clock flight in Raleigh,” Powell said. “We got checked in and spent about 45 minutes at the airport. The plane was a little bit delayed so we ended up in Nashville. It was really a big sigh of relief once we got on the bus and started heading to the airport.”

“We got into our hotel local time about 10:15 p.m.,” Lovitz said. “We had a quick meeting, went and stretched and went to bed.”

“We woke up and had breakfast, then went for a little bit of a walk,” Lovitz said. “Came back, went to our rooms and stretched a little bit. Then came back down for practice around 11:30 and left for UCLA’s campus, which is right near by our hotel. We got there and walked around on the stadium field, then went to the practice field and did a little bit of work with a lot of stretching and a lot of moving, just getting used to atmosphere and the playing conditions we’re going to face.”

Elon also had down time after practice. With the weather in Los Angeles in the upper 60s and low 70s, players took advantage of the hotel pool.

“Pretty much every time we’re all in the same place, it’s going to be a meeting,” Lovitz said. “Our real scouting report was touched on (Saturday night) and more heavily Sunday morning.”

“Obviously there were a lot of minutes played on Thursday night,” Powell said. “We’ll stretch in the morning, deliver a scouting plan at about 10 o’clock.

“We’re just trying to replicate the process we’ve been going through on the road,” Lovitz said. “Obviously this was a much bigger distance we had to travel but we’re working on everything like what we’re used to doing.”

“We’ll redeliver the scouting report at around 5 o’clock or so and we’ll stretch,” Powell said. “Then we’ll head off to the stadium to play the game.”

“We’ll get to the field after our meeting and do our normal pregame routine for an 8 o’clock kickoff,” Lovitz said.

“We just have to make sure we try to stick to our typical routine,” Powell said. “We have a standard routine and we’ll implement that and take it like any other game. We’ll focus on our own performance and make sure we’re ready to go against UCLA.”