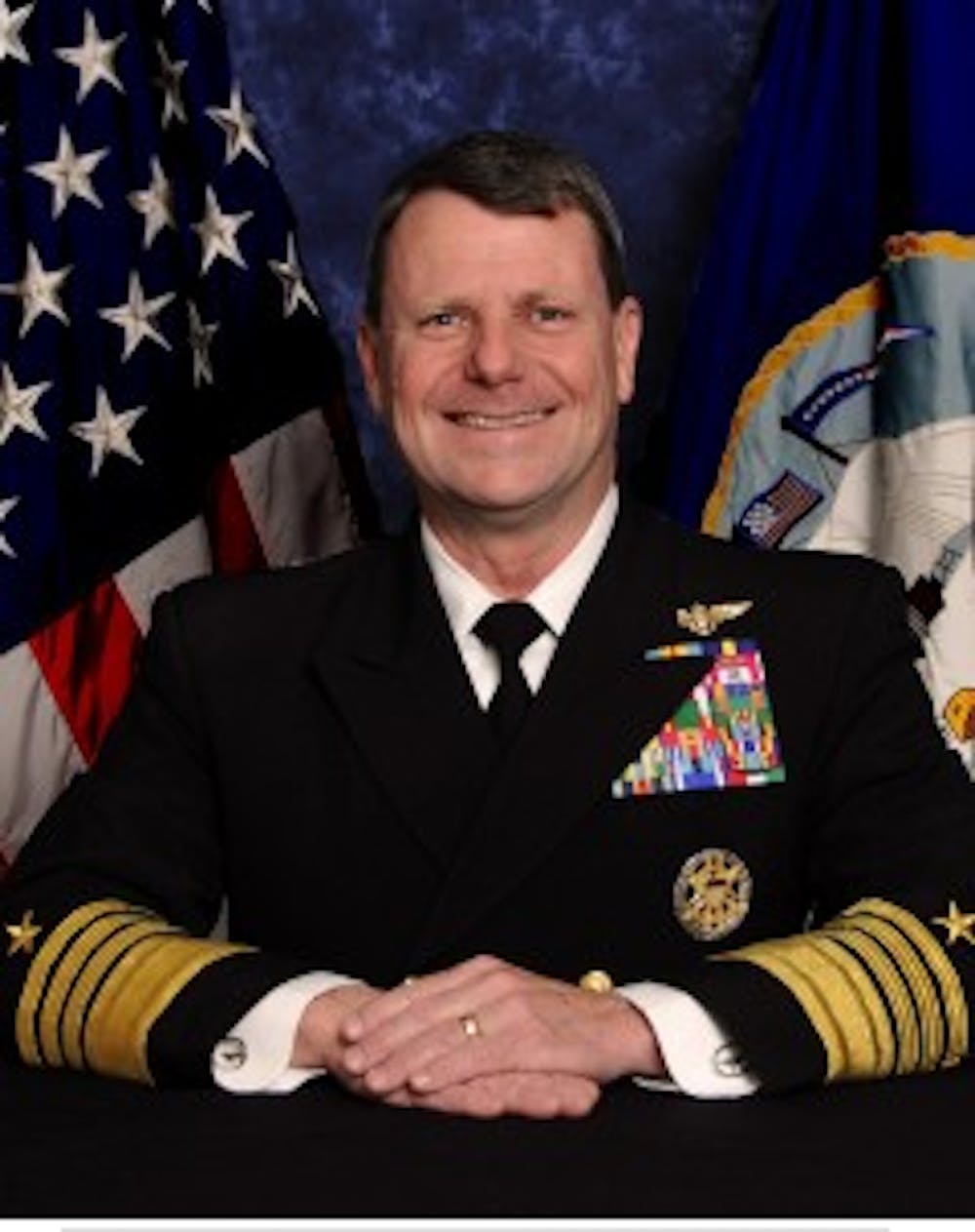 He may be an Admiral, but to those in the room, he's still "Shortney."

Admiral William Gortney of Elon's Class of 1977 was in Burlington Saturday where he received his fraternity Kappa Sigma 2013 Man of the Year award.

Gortney was the first Elon alum to receive this award.

He graduated from Elon in 1977. After graduation, he headed to the Navy where he served for over 30 years.

He stationed on several aircraft carriers, including the USS Theodore Roosevelt.

Gortney served during several conflicts, including Desert Storm and the Iraq War.

While in the Navy, he flew fighter jets as well, racking up more than 5,000 flight hours.

The Man of the Year celebration also featured other speakers from Elon's Kappa Sigma chapter. They spoke about the organization's past, including a proclamation from Governor Pat McCrory, where he named Nov. 9 in honor of Gortney's service.

The fraternity is celebrating its 40th anniversary on campus, and many of the chapter's founding members were among the hundreds who attended the Man of the Year celebration at the Ramada Inn in Burlington.

It's a big year for Kappa Sigma at Elon.