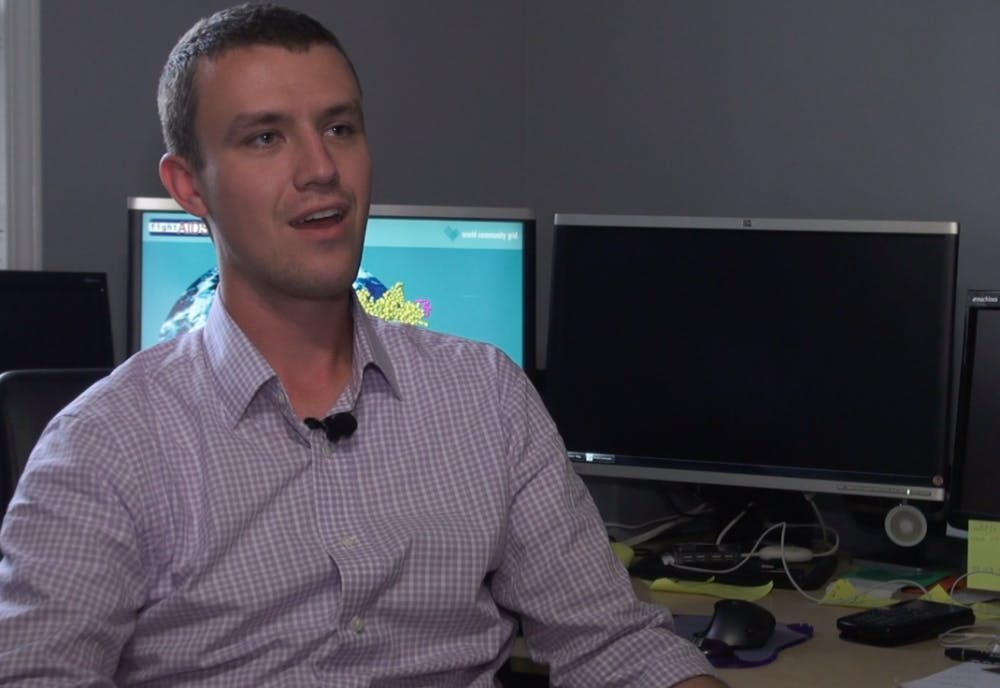 Ian Baltutis may have lost the 2013 bid for Burlington's mayoral office, but he still has plans for developing downtown Burlington. The 2008 Elon graduate walked the streets of Burlington in his campaign for mayor, travelling door to door on foot to meet voters, a strategy he said helped get people to the polls.

"A woman's 88-year-old mother had called her up after I went and knocked on her door and asked her to drive her to the polls," Baltutis said. "She hadn't voted in decades. That specific action had re-ignited her political fire."

Baltutis lost the mayoral election last Tuesday to incumbent Ronnie Wall, but received more than 1400 votes at only 28 years old. Nearly 4000 people voted. Although he was disappointed at first, Baltutis said this is only the beginning of his political career.

"We're getting people fired back up," Baltutis said. "What we're doing is working, and the key is keeping that going and bring more people into the discussion and keep them in the discussion."

Even though Baltutis lost, he said he still has big goals for the Burlington community, including making this downtown area more vibrant.

One of Baltutis' ideas is to establish a Cooperative Brew Pub. He is teaming up with Burlington Company Shops market to begin Burlington Beer Works. When it opens in about one year, it will be the third brewpub cooperative in the country.

"That project is designed to build a unique culture and a unique energy for downtown that gives us two anchor businesses in conjunction with Company Shops market," Baltutis said. "[It] fills in the much needed gap of nightlife and a family friendly place to come downtown."

Baltutis plans to run for mayor again in the future. But for now, he said he'll continue to be a community leader.

"This is just the beginning of my political career," he said. "I've got to start somewhere, and while I may not be our mayor I can still make a difference"