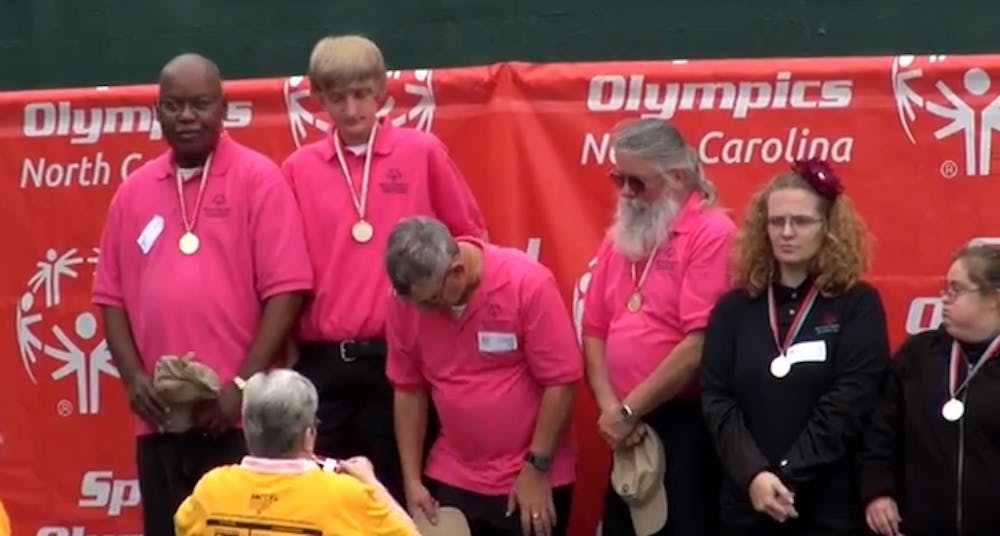 Groups from all over the state - from Iredell to Stanly, NC -  showed up to compete in a day of sportsmanship, and with more than 180 athletes ready to play, it turned out to be just that.

Throughout the seven hours of competition, multiple events were held and winners crowned in singles, doubles and team games. The Special Olympics is devoted to making sure that everyone that participates feels equal and has fun--these events are their way to do that.

But the events for the day require an immense amount of planning and organizing, so the responsibility lies with people like Alamance County's Special Populations Coordinator Stephen Glahn to make sure they happen.

Glahn, with the help of Scott Reavis, makes sure things work smoothly, but according to him, there's always a need for volunteers.

"It's the biggest problem we have," Glahn said. "We were looking for 45 volunteers for today...we had twenty people sign up."

But with so many colleges in the area Glahn believes those students can fill that gap.

"It's a perfect situation," he said.

So with athletes, families, students and volunteers all working together, whoever's playing, everyone wins.