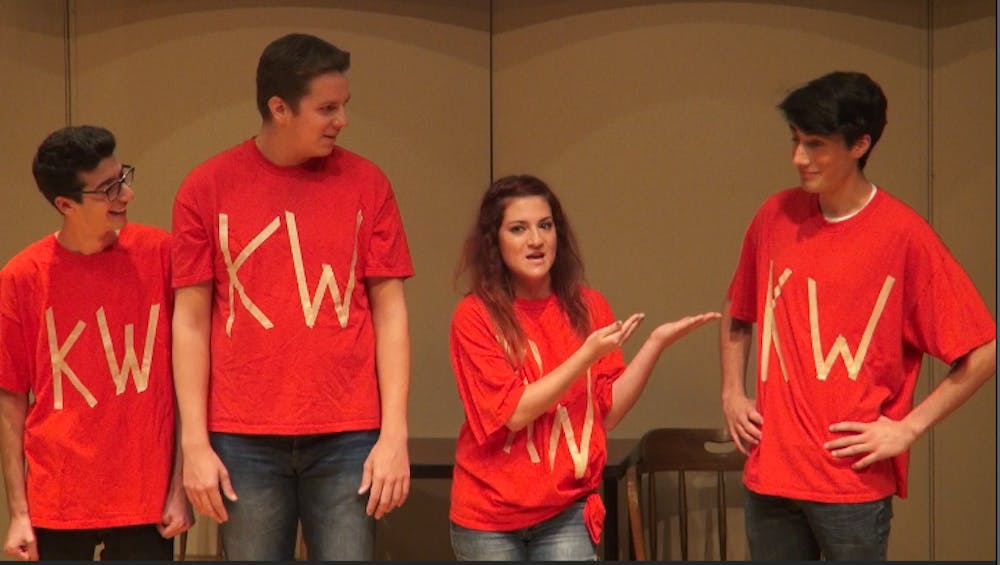 It's the one performance at Elon where the audience is part of the show: Improv. Yeager Recital Hall hosted the 2013 Improv Olympics Saturday night, which is a master class in Elon's theater department. But this class is different than most; it only lasted a day.

The fifteen students in the class had a short introduction to the course Friday night, then they met on Saturday for six hours in preparation for a live show later that night. Students were forced to quickly learn to trust themselves and eachother. Sophomore Harris Fishman says this wasn't easy.

"Hardest part of the show was just thinking on my feet, just having to trust that all of my fantastic co-hosts and co-stars were going to help me carry the show, and that I would help them carry the show and vice versa," Fishman said.

The master class is a special program taught by Scott Eck, owner of the Laughingstock theater company in New York City. He teaches the class at Elon every two years and says students on campus always challenge him.

For the performance, the troupe was split into two teams. Each team performed five sketches, including a scene set in a doctor's office and a mock newscast. The master class gave their only performance Saturday night, but the members of the improv group say they hope to perform in other settings on campus this year.