North Carolina allocates $6 million in funding for Teach for America 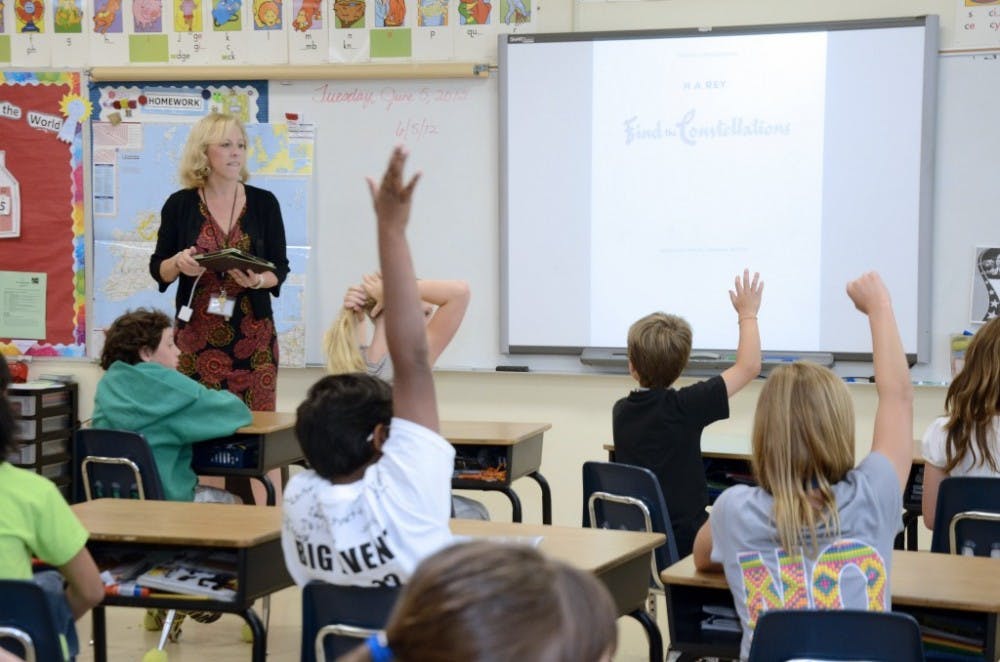 Third-grade teacher Patti Weber projects images of constellations and planets from her iPad on a SMART Board during class at Providence Spring Elementary School in Charlotte, N.C., on June 5, 2012. In the coming year, almost 4,000 students in the Charlotte school system will get classroom iPads, while about 20 schools will invite students and teachers to use their own tablets, phones and e-readers. The third graders at Providence Spring Elementary will be getting 70 iPads for classroom use. (Diedra Laird/The Charlotte Observer/MCT)

Though the North Carolina General Assembly significantly tightened the state’s education budget during the summer’s legislative session, it voted to allocate an additional $5.1 million to Teach for America, an educational nonprofit that places temporary teachers in low-income school districts. The allocation boosts the state’s total funding of the program to $6 million and will be used during the 2014- 2015 school year.

Read our editorial on the N.C. government's Teach for America decision.

According to the education budget legislation, the funding will be used to “recruit, train, support and retain teachers to work in the North Carolina public schools,” specifically those in the Piedmont Triad area. Currently, most of the Teach for America corps operates in the southeast area of the state. During the 2014-2015 school year, at least 50 recruits will begin teaching in the Piedmont Triad region, and 50 recruits will begin teaching in the southeast region of North Carolina.

Some studies suggest that a high teacher turnover rate can diminish student performance, causing some parents and educators in North Carolina and elsewhere to question why the state withdrew funding from the state’s school system and allocated additonal money for part-time teachers.

But proponents of the effort argue that Teach for America consistently achieves its primary goal, which is to place college graduates in teaching environments where they can be immediate assets to the school and the students there. Others note that Teach for America recruits college graduates with a wide range of knowledge to bring to the classroom.

Though Teach for America recruits receive only a five-week crash course in classroom management, their content knowledge may be deeper in certain areas than that of an education major, according to Richard Mihans, an associate professor and chair of the School of Education at Elon University.

“I think that if you look at schools of education across the country, not many have students who have secondary majors in math and science,” Mihans said. “Any program that puts someone in a classroom that really wants to teach, that can be caring, exceptional, bright teachers, I think that’s a good program.”