Historical Torah is Brought to Elon 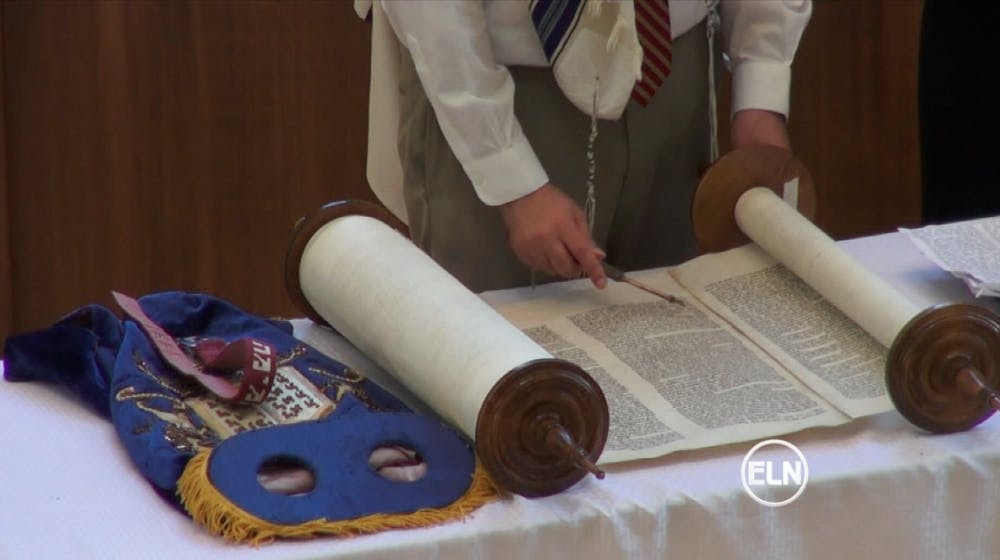 The Jewish holiday Rosh Hashanah celebrates a new year, when Jews reflect on their lives through the teachings of the Torah, and according to Hillel Development and Jewish Life Associate Ginny Vellani, the Torah is "special."

"The Jews respect the Torah like it was a person," Vellani said.

But the Torah isn't read like your average book; they are carefully written out, letter by letter, with a special Hebrew calligraphy.

"That person trains their entire life to have the skills to write a Torah," Vellani said. "Each letter has to be perfect."

And if you think hand writing a paper is hard, get this: if a scribe makes just one mistake, they have to start the Torah all over.

But there is something extra special about the Torah Elon students used for this Rosh HaShanah that has students like Spencer Kaplan excited.

"Knowing that it is from the holocaust is a big deal," Kaplan said.

On loan from the Judea Reform Congregation in Durham, N.C., this Torah is one of the 1,500 Holocaust Torahs that were rescued from the Nazis after World War II.

"The intention was to destroy every Jew so that Judaism wouldn't be a living religion," Vellani said. "It would be something for the history books. So the Nazis were planning on creating a museum on this destroyed religion: Judaism."

During the Rosh Hashannah ceremony, Elon Students had the chance to reflect not only on their past year, but the significance of this piece of History.

"During a time when there was so much suffering... this Torah made it out alive, and wasn't destroyed," Kaplan said. "It kind of goes with the Jewish thoughts that we came back as a people, and how we are thriving today."

Other students like AJ Kessler are grateful to even be near a Holocaust Torah.

"It's one thing to learn about it," Kessler said. "[To] have it in your hands, it's almost a different feeling. You're just in awe of what's going on."

For the growing Jewish community at Elon, that's a very uplifting thing.

"Elon is participating in the triumph of the story of this Torah," Vellani said.