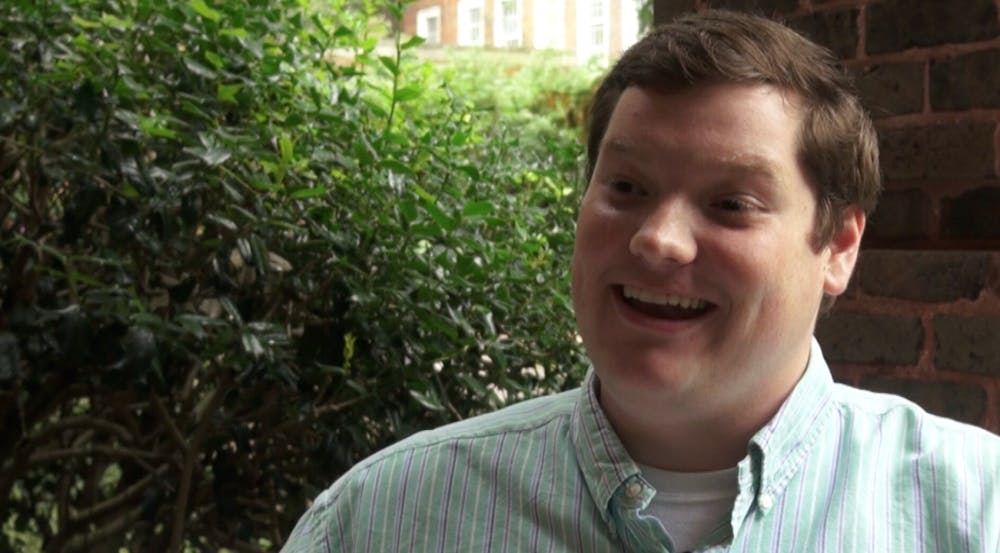 For most Elon students, celebrating Elon's 125 years is just another milestone. But for one student, it's more.

Will Galleher, a senior at Elon, has deep connections to the school. From professors to dorm planners, Galleher's family, which has belonged to the community since 1889, played important roles in shaping the history of Elon's campus.

"When I stepped onto Elon's campus I knew there was something special," Galleher said.

Gallaher knew that many relatives went to Elon, but he said he didn't learn about how involved his family history was until he took a winter term class taught by Dr. Danieley his freshman year.

"I didn't really know about the backgrounds," he said. "I knew that my grandmother was on the board at one point for the school."

But Galleher said it was a shock to find out more details about how one relative helped name the college. Galleher's great-great-great-uncle, John U. Newman was one of the first faculty members at Elon, and was famous for knowing six different languages. One of those languages was Biblical Hebrew, which is the language Elon's name - meaning oak - is derived from.

"My background in loving history, and I mean my ancestry in general, I just really, really enjoyed the moment," he said.

Galleher now uses this information as his interesting fact when introducing himself in classes.

"I get pretty good reactions," he said. "One class I have actually said it, and the professor was just like, 'Oh, Elon Royalty.'"

But it wasn't just Galleher's great-great-great uncle Newman who played a part in Elon's past. He later found out that his great-great-grandfather, Nathaniel G. Newman, was the first of three students to graduate from Elon. He also helped in the planning of building West Dormitory.

One of the most interesting members in Galleher's family is Lila C. Newman. She was a deaf art teacher who was very well known in the community.

"She left her house door open all the time because she was deaf she couldn't hear it," Gallaher said. "So people were welcome to walk into her house."

One story that Galleher remembers hearing was when Lila's mother came banging on Lila's bathroom door because her house had caught on fire. Lila couldn't hear her mother because Lila was taking a bath, and by the time Lila opened the door, she told her mom she was acting as if the house was on fire. Her mother simply stated: It is.

Besides these famous ancestors, they aren't the only ones with Elon connections. Galleher's parents actually met at Elon and have been married ever since. And it appears that bit of history might repeat itself.

Galleher mentioned that he does have a girlfriend of more than two years that he met at Elon, and it is a topic that has come up at the dinner table, but Gallaher just sees that as a way Elon will follow him after graduation.

"Elon will always be apart of my life," he said. "I see myself, even if I live in the far corners of the Earth, coming back to here several times."