Burlington Man's Passion is his Business 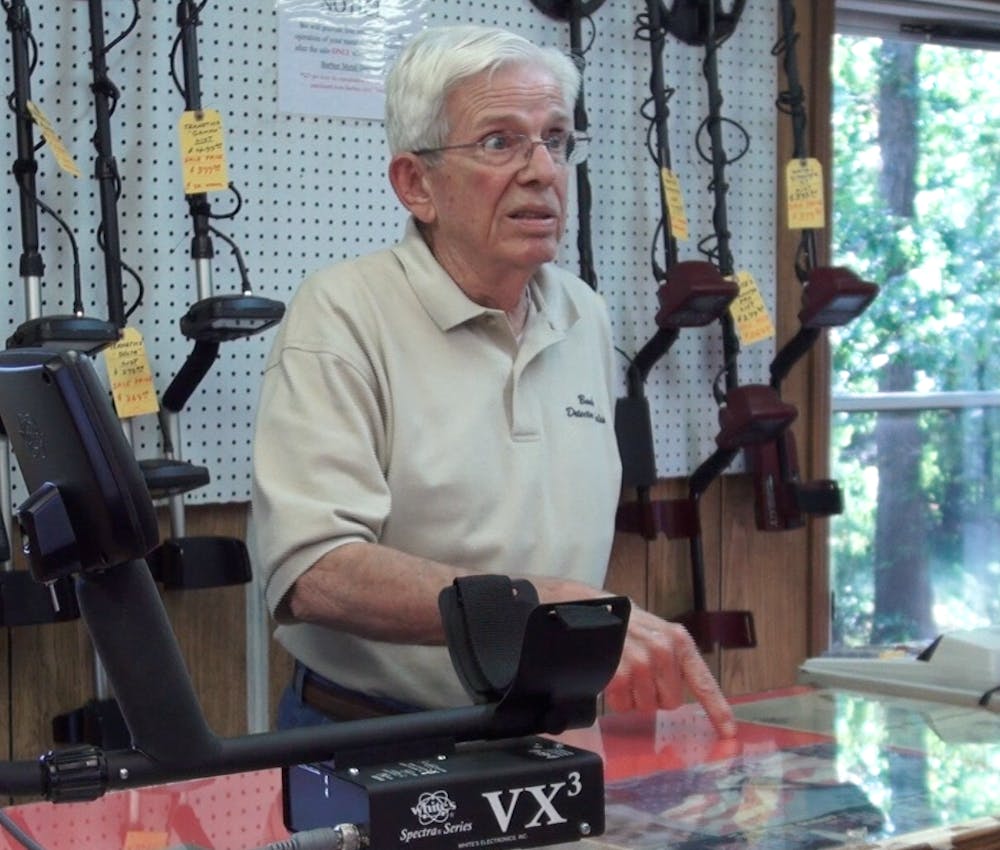 Jerry Barbee runs his business out of a trailer that he rents near Alamance Crossing. However, it's what he sells that makes his business unique: metal detectors.

The trailer may be small, but that doesn't bother Barbee.

"This is a haven to me," Barbee said.

For him, Barbee Detector Sales is more than just a business, it's a passion.

"Time really flies fast when you're concentration on finding something in the ground. Time before you know it, you've got three or four hours behind you," Barbee said.

Barbee said other detector business owners sell their products straight from their homes, but Barbee likes the community feel he gets from having a store.

"It's kind of like a country store, I have regulars come in here. They come in here just to talk, see me. But they'll talk for me. Somebody will say, 'oh, I need a metal detector', they say, 'go to Barbee's, he'll fix you up,'" Barbee said.

Barbee also said that repeat customers are a big part of his business. He tries to cater to each individual customer's skill level whether they are beginner or advanced in using metal detectors.

"The most challenging part is selling the detector to the right customer. I wouldn't try to sell them something real cheap with a capital 'C'. I don't like to do that," Barbee said.

Barbee also rents out some of his detectors, which many Elon students have done in the past.

"I have a lot of Elon students. Sometimes Elon students lose their fraternity pins and they come in and rend them to find their pins," Barbee said.

He charges 20 dollars for 24 hours. If the weather is bad he'll usually give customers extra time and if students haven't found what they're looking for when the day is up, he'll make an exception.
"I'll just let 'em go have a free day on it. You know I'm not gonna take their money with me when I leave this world," Barbee said.
Although Barbee doesn't search for hidden treasures with his metal detectors as frequently anymore, the store keeps him connected to his passion.