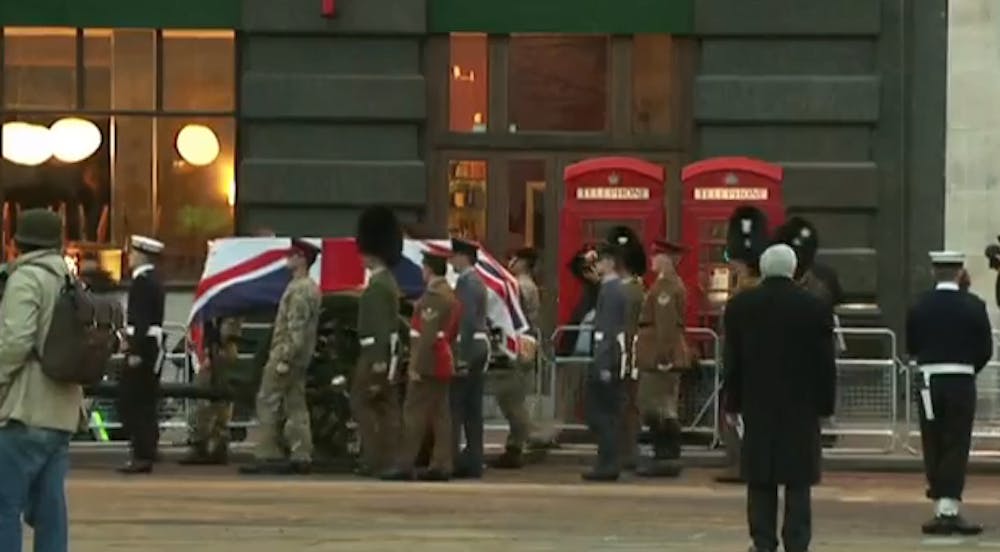 Preparations for Margaret Thatcher's funeral are underway. The ceremony for the former Prime Minister of the United Kingdom will be a ceremonial funeral with military honors.

The funeral is Wednesday at 11 a.m. at St. Paul's Cathedral and will begin with a bell-toll as the cortege arrives to the cathedral.

The cathedral holds a little more than 2,300 people and is expected to be completely full for the occasion. Invitations were sent out to government officials across the world. Every living United States President was invited.

Both current Prime Minister David Cameron and Queen Elizabeth II will be there, along with ex-U.S. Secretary of State Hilary Clinton.

Protests are also expected outside the cathedral from people who didn't like Thatcher as prime minister, but security forces will be there to make sure they don't get out of hand.

The service is closed to the public but will be televised. Following the ceremony there will be a private cremation.