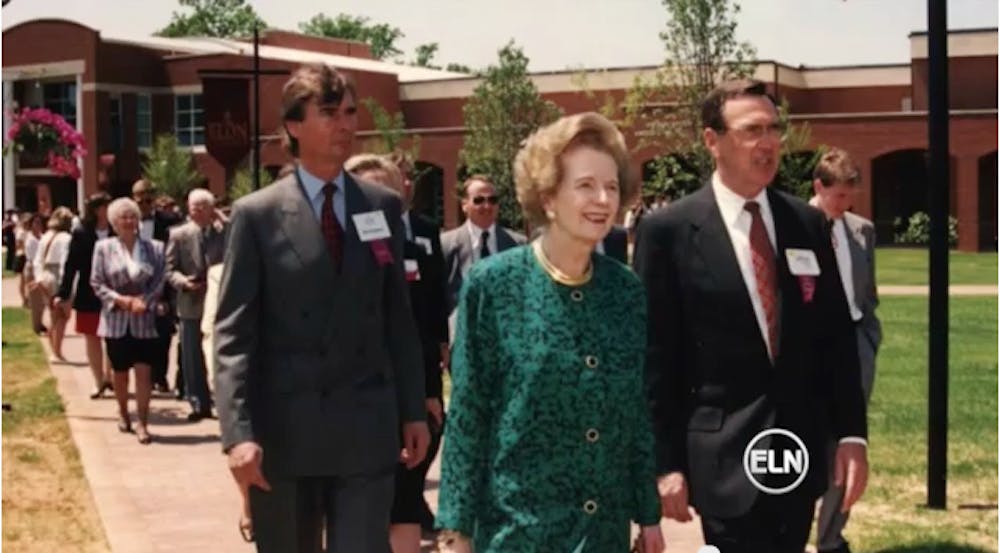 Thatcher was the first and only woman prime minister of the United Kingdom and led Britain from 1979 to 1990.

Many referred to Thatcher as "The Iron Lady" for her personal and political conviction.

Current British Prime Minister David Cameron expressed his sorrow on Twitter stating "We have lost a great leader, a great Prime Minister, and a great Briton."

Thatcher visited Elon University back in 1995 when the school called Elon College. She spoke at an Honors Convocation and dedicated the Moseley Center, the Koury Center and the Center for the Arts to the university.

The Elon Poll conducted a poll in February and found that Thatcher is one of the most admired women in the state.

The funeral is set to take place at St. Paul's Cathedral on April 17th. Tune into Elon in the Morning on Tuesday for a preview of Thatcher's funeral.

Allison D'Amora contributed to this article.