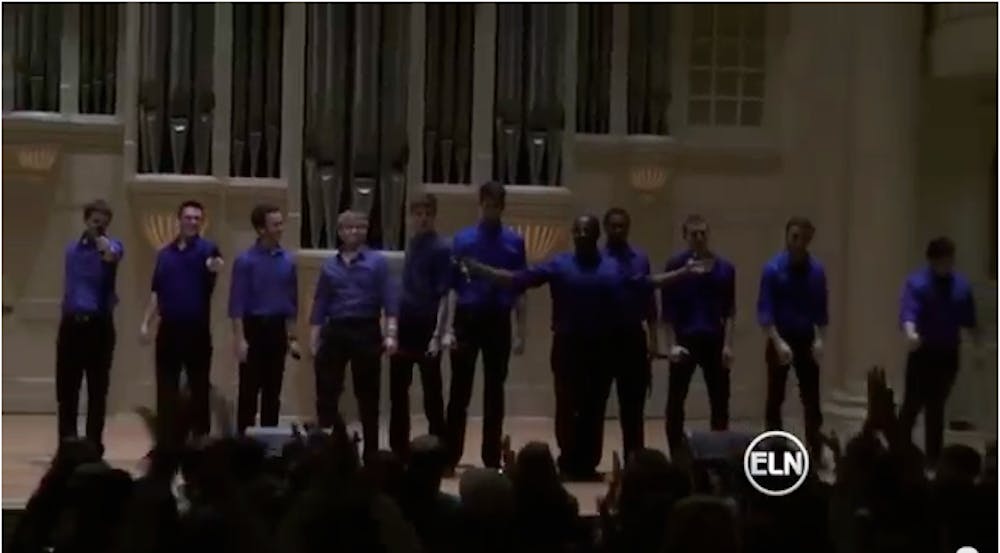 Knowing the large amount of musical talent on Elon's campus, Montez Brown had a goal. Over the course of 29 days, he wanted to prepare his new all-male a capella group, Smooth Progressions, for the biggest A Capella show of the year - Accapalooza.

"It was a bit of a time crunch because I had auditions for the group on February 16th," said Brown. "So we had exactly a month to prepare for the show."

Montez created the group as an outlet for more Elon men to have their voices and talent heard. Although they put a lot of effort into preparing for the show, the group knows how to have a good time.

"We have a lot of fun together, so the fun aspect is already there, we just have to buckle down and get the music," said Brown.

Once everything was there musically, Montez wanted to put in the extra effort to make their song pop.

"I couldn't let us go on stage and just stand in one spot," said Brown. "I feel like choreography takes things to a whole new level when you're performing."

So on top of the group getting to know each other and learn parts to a new song, Smooth Progressions added some dance moves to the mix. With all their dedication and hard work, Brown feels confident about the big show.

"I feel really prepared I think as far as our rehearsal went today it sounds good, we cleaned up things that didn't look so good," said Brown. "And the biggest issue tomorrow will be getting past nerves and anxiety of our first performance, but it will be fine."

And on Saturday night, the crowd was impressed.