Mountaintop Removal Coal Mining: The cost beyond a power bill 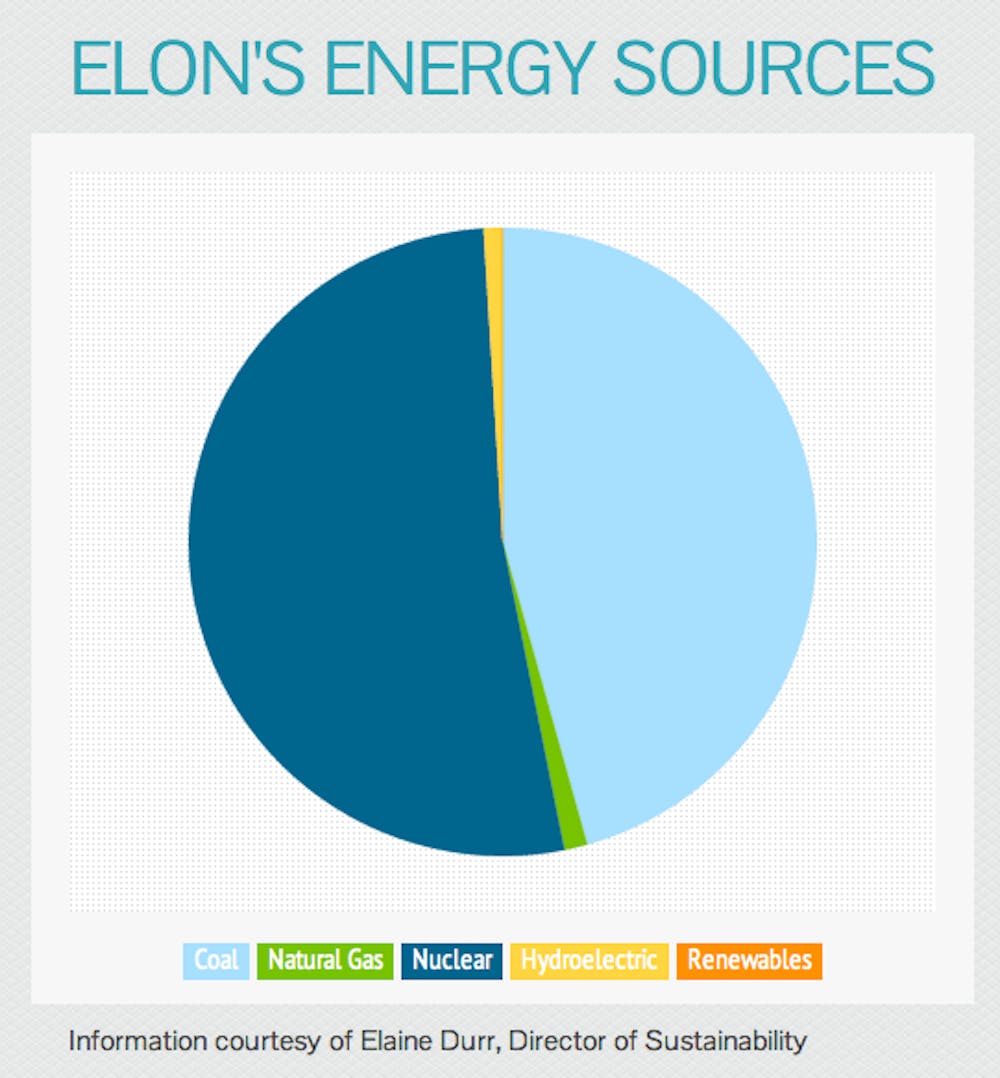 Mountains don’t grow back. They’re not like trees that produce seeds that can be replanted when one is cut down – when a mountain is gone, it’s permanent.

“They’re not just scraping off parts of these mountains,” said Steve Hawk, the executive editor of Sierra magazine who worked on the cost of coal project for the Sierra Club. “They’re taking a five or six hundred foot mountain and turning it into a 100 foot mountain.”

The consequence isn’t simply loss of land, either. People that work in the industry and live around mining sites pay the cost in loss of health and life.

“We’ve only been doing this for about 130 years,” said Derek Mullins, marketing and development coordinator of Appalshop in Whitesburg, Ky. “The cost we’ve paid in such a short timespan is tremendous.”

Mullins wished to clarify that all views represented in this article are his own and are not affiliated with his employer, Appalshop.

Fundamental issues from the start

Coal mining towns in central Appalachia - meaning Eastern Kentucky, West Virginia, Southwestern Virginia and Eastern Tennessee - weren’t built because they provided any known advantage over settling elsewhere. According to Mullins, towns were built where the coal was for extraction purposes only.

“Coal communities didn’t grow from the ground up,” Mullins said. “Coal companies came in and built towns based on where coal could be mined. Corporations were building towns instead of people.”

After companies built the towns, they started controlling aspects of people’s day-to-day lives. “The companies paid in company scrip,” Mullins said. “That scrip could only be used at the company store, or at company owned businesses in the towns. So right there you’ve got a dependency being built on the coal companies.”

Mullins also said that the only investment by companies was to get the resources out, and that the companies had no attachment to the people that lived on the land. When companies came in to begin mining the land, they bought mineral rights to the land – not the land itself.

“Nobody could’ve foreseen what the companies were going to do with those rights when they first came in,” Mullins said. “Let’s say we’re a family here in eastern Kentucky in the late 1800’s and a coal company comes and says they want to buy the rights to what’s under us. We’re gonna look at them like they’re crazy.”

But purchasing mineral rights to the land granted the coal company access to the coal beneath the family’s land, allowing them to extract resources at the cost of the people that live near the mining sites.

The creation of a ‘monoeconomy’

Dependence on coal companies permeates aspects of daily life for Appalachian people. “Growing up in Appalachia, you begin to become dependent on the coal industry,” said Bill Price, part of the Sierra Club’s Environmental Justice program and the Beyond Coal to Clean Energy Campaign. “You feel trapped.” Price’s father was a coal miner, and he grew up in West Virginia.

Mullins’ father began working in the coalmines in his late teens. “My dad had no other choice but to mine,” Mullins said. “He had a kid on the way, me, and school wasn’t an option. Coal miners make good money. You start out at about $15 to $20 an hour, and that’s an attractive prospect for a lot of people that need money.”

According to Mullins, this provisional and substantial income attracts many young people that feel as though they have no other option. But he was able to stay out of the mines because his father kept him out.

“My dad was absolutely adamant about keeping me and my brother away from the coalmines,” he said. “He just didn’t want us to go in there.”

Health costs of mining or living near a mining site

“Whenever you have a community that is located near a mining site, you see an increase in things like birth defects and a decrease in life expectancy,” Price said.

One study, published in the Journal of Community Health, found that people who lived near mountaintop removal sites had cancer rates twice as high as those living elsewhere in Appalachia. Additionally, another study found that living near a mountaintop removal coal-mining site causes an increase in birth defects.

During the process of mountaintop removal coal mining, “they blast away chunks of the mountain to get to the seams of coal in the mountain,” Cooper said. “The coal seams are like icing in a layer cake, the whole mountain isn’t made of coal. So they use ANFO, or Ammonium Nitrate Fuel Oil, the same stuff used in the 1970 University of Wisconsin-Madison protests, to blast apart the mountain.”

After the top of the mountain is blasted away, the debris, called “spoil” or “overburden,” is pushed into surrounding valleys.

“When the overburden is pushed into these valleys where people live, they’re contaminating the mountain streams that so many people depend on,” said Cooper.

“We’ve found high levels of selenium in the water supplies of these communities,” Price said. “This impacts the fresh water streams and even effects Appalachian culture. Water has a cultural aspect for Appalachian people. We like to fish, and when the water is contaminated we can’t even do that.”

“You never felt like you could get ahead unless you moved,” said Price. “We’d save up some money and then my father’s mine would close and we’d have to live off the money we’d saved until he could work again.”

Price said this inability to plan ahead creates a culture where people can’t think too far ahead, and removes the hope of planning for the future.

Mullins experienced a different kind of psychological consequence from dealing with death on a day-to-day basis.

Mullins’ father worked a lot of overtime, he said, but that didn’t ease the mental toll of suspecting the worst.

“When your father’s shift ends at one and it’s four in the afternoon and he isn’t back yet, it’s hard to fight the urge to think something has gone wrong,” he said.

Mullins said the high rate of accidents in the mines contributed to this mindset. “I was raised a Baptist and we’re taught to believe that death kinda comes like a thief in the night,” he said. “But mining creates this culture where death is on a schedule and that really messes with people.”

From 1880 to 1910, the first few decades of coal mining, thousands of miners died. According to the Mine Safety and Health Administration, mining caused more than 3,200 deaths in 1907 alone.

From 1936 to 2007, safety in the mines improved, but nearly 7,500 men were reported killed in mining accidents. Over half a million were injured during this time period.

Mullins’ uncle lost his legs in a coal mining accident. He said this made him realize what coal miners are paid in salary is a fraction of what workers in the industry pay.

“When my uncle lost his legs it got me thinking,” Mullins said. “How much would I sell my legs for?”

When a mountaintop is removed, trees, topsoil and biodiversity are removed with it. The consequence of this is ineffable for people that live in the hollers, the valleys between the mountain peaks.

The Reclamation Law of 1977 declares that the land that was mined must be “returned to a higher and better use,” Cooper said. But, according to Cooper, coal companies mainly spread grass seed on the top of a flat mountain.

“The grass doesn’t absorb water, and the forests that were removed soak up about 75 percent of rain water,” Cooper said. “So when the water isn’t absorbed, it creates runoff from the mining sites and causes flash flooding in the communities below.”

Coal companies are only required to restore a quarter-inch of topsoil after the land has been mined, and some studies estimate that it will take more than 100 years for the mesophytic hardwood forests of Appalachia to regenerate.

Nearly 1.2 million acres of mountaintop, or more than 500 mountains, had been destroyed as of 2009, according to a study by Appalachian Voices. For purposes of perspective, that equates to a quarter-mile wide strip of destruction stretching from New York to San Francisco.

In another study by Appalachian Voices in 2010, “Of the 410 reclaimed mountaintop removal mine sites surveyed, 366 (89.3 percent) had no form of verifiable post-mining development, excluding forestry and pasture.”

Paying the cost of lighting your light bulb

“People that live here pay with their health, with their livelihood,” said Donna Branham, a member of Keepers of the Mountains. “It sucks the soul right out of them.”

According to Branham, if people lived where people in central Appalachia lived and see what people there see, they would see whole communities wiped out where people have been pushed out by mining. They would see people that have no affect or emotion in their faces. They would see a depressed youth, and an increase in rates of children being diagnosed with autism, seizures and cancers.

Cooper agrees that the usage of large machinery for greater efficiency in coal production costs miners their jobs.

Byproducts of mountaintop removal mining directly effect community members that live near these sites. Blasting produces dust and noise, and can often knock houses off of their foundations.

“They let off shots that tore the foundation of my parents' house apart. The chimney pulled away from the house. The roof leaked. Their life was just miserable,” Branham said in an interview with the Sierra Club for the cost of coal project. “The breaking point came one evening when my dad was getting out of the bathtub. It was around seven in the evening, and they weren't supposed to be blasting after 5 p.m. They let off a big blast and the house shook like there was an earthquake. My dad had a heart attack.”

According to Hawk, mining is an issue that has become pervasively divisive in Appalachian communities. He says it has pitted people that are dependent on it for their livelihood against the community members who have been destroyed by it.

“What sickens me about this is that it not only destroys the land, but that there’s just a handful of people at the top making tons of money off of it,” Hawk said.

And, according to Branham, community members are terrified to speak out against the coal companies.

“People are afraid that if they say anything against coal companies that they, or somebody they know, will lose their jobs,” Branham said; further echoing Mullins’ comments about the monoeconomy that has been established by coal companies.

But according to Branham, the younger generations of Appalachians are beginning to speak out and become aware of what’s happening with mountaintop removal.

The coal company that runs the mine just over the ridge from where she resides is constantly moving her property markers when the come to survey the water supply, she said. This caused her twelve-year-old grandson to ask his grandfather what he was going to do when the coal company came for their land.

His grandfather simply replied, “They can have it over my dead body.”

Branham says that Americans have to begin thinking about where their energy is coming from, and how to use it wisely. Because, she said, the cost paid by Appalachian people due to an extractive industry is too great.

“I can tell you the cost of flipping on your light switch,” she said. “It’s a small little two year old boy that died from a brain tumor at the bottom of this holler. He paid that price.”