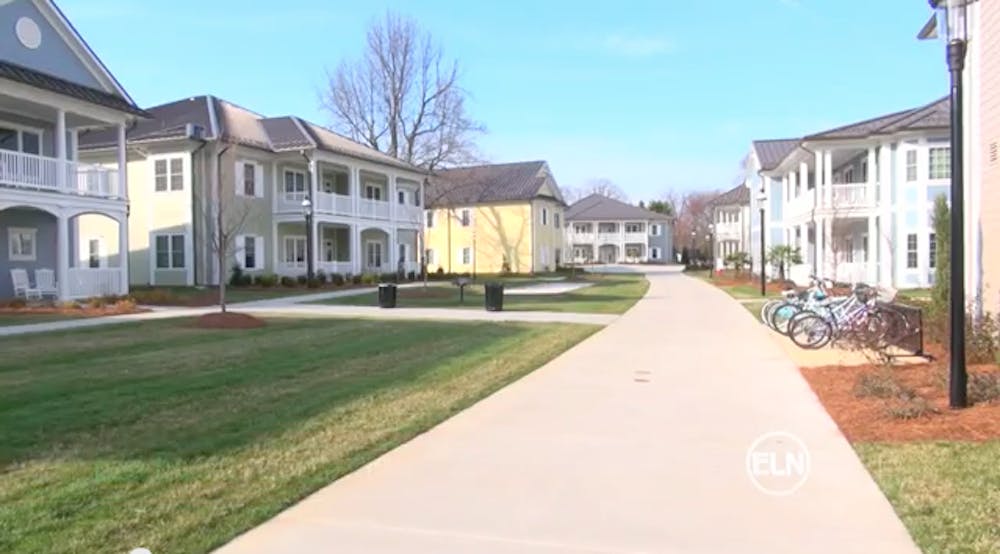 The Station at Mill Point has been advertised as an upscale apartment complex on a college campus but some students living at the Station say the buildings were not ready to house students on move-in day.

"I actually had a person last week, they were putting an eye-hole, like a seeing hole on my door," said Joshua McGee, a resident at Mill Point. "I mean it's just like random stuff. I mean, it's just not finished."

Students have also started to realize cracks in the molding and countertops becoming loose in the apartments.

While some of these complaints about the Station have been minor, some students are focused on bigger problems in the junior-senior village.

"The only issue that I've noticed is my shower drain not draining all the way. And I've put in six or seven work orders and they realized that it was an engineering issue," said Genevieve D'Cruz, a senior Mill Point Resident. "They're going to have to pull up the flooring while I'm gone for spring break to fix the pipe. There's something that's stuck in the pipe and that's why my shower the water doesn't drain quickly enough."

According to D'Cruz, once she informed Residence Life they quickly made plans to fix the problem. She thinks the builders need to take more time and be more careful while building to prevent these issues.

D'Cruz said, "We should try to build a little more slowly just so that we can do it more thoroughly so that we don't have five thousand work requests a day and physical plant doesn't have to bear the burden of a construction issue cause that's not really fair to them either."

Director of Physical Plant, Robert Buchholz told ELN that there is a drainage issue they are working on. For anyone living in the Station at Mill Point, the best way to resolve a problem is by putting in a work order. Buchholz says that Physical Plant may wait until the summer to fix problems unless they are pressing issues because they do not want to disrupt the students.