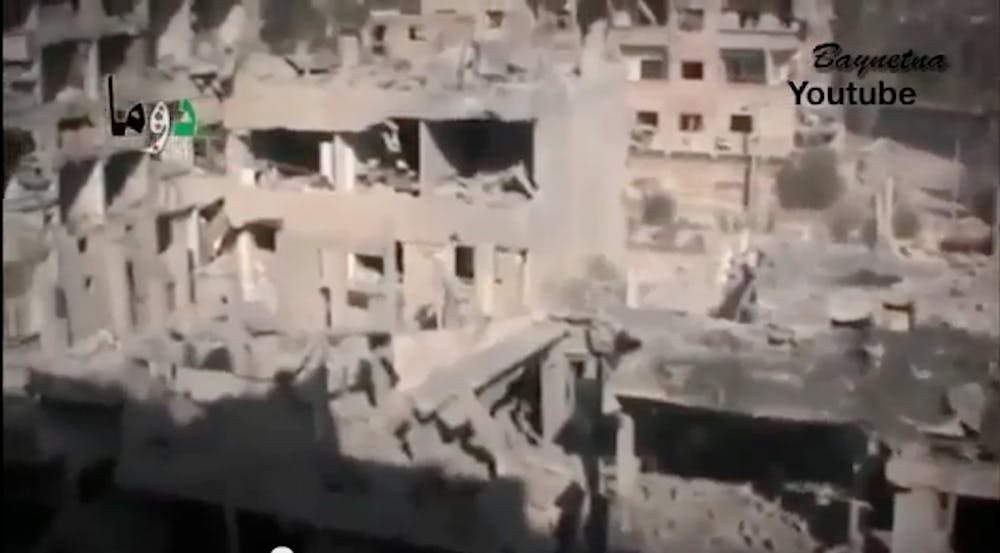 Professor Haya Ajjan and her family are from Syria, and after two years of fighting, her family is still broken.

"His family was waiting for him one night, and he did not come back. As they tried to ask about him, they found out he was arrested," said Ajjan.

She's talking about one of her cousins, and another cousin is facing a different kind of loss. His home has been destroyed, along with the rest of the city block. Ajjan blames Syrian President Bashar al-Assad for the violence.

"So now they are using S.C.U.D. missiles against the people. They're using, their planes are basically flying and just dropping bombs on people, on civilians. A few weeks ago they attacked three bakeries, and most of the people waiting outside the bakeries were children. And you see the remainings of the children that were just waiting for bread," said Ajjan.

The U.S. has sent more than $300 million in humanitarian aid to Syria. Ajjan says this isn't enough. She's afraid if help doesn't come from the West soon, the rebels could turn to Islamist militants for help. Ajjan hopes she can help too.

"I told my husband, if we don't go to Syria I would like to go into Turkey, at least, and help. So my husband is a physician, and we're thinking about going, so he would help in the refugee camps, and I would see what I can do"