Why I'm Voting For: Mitt Romney 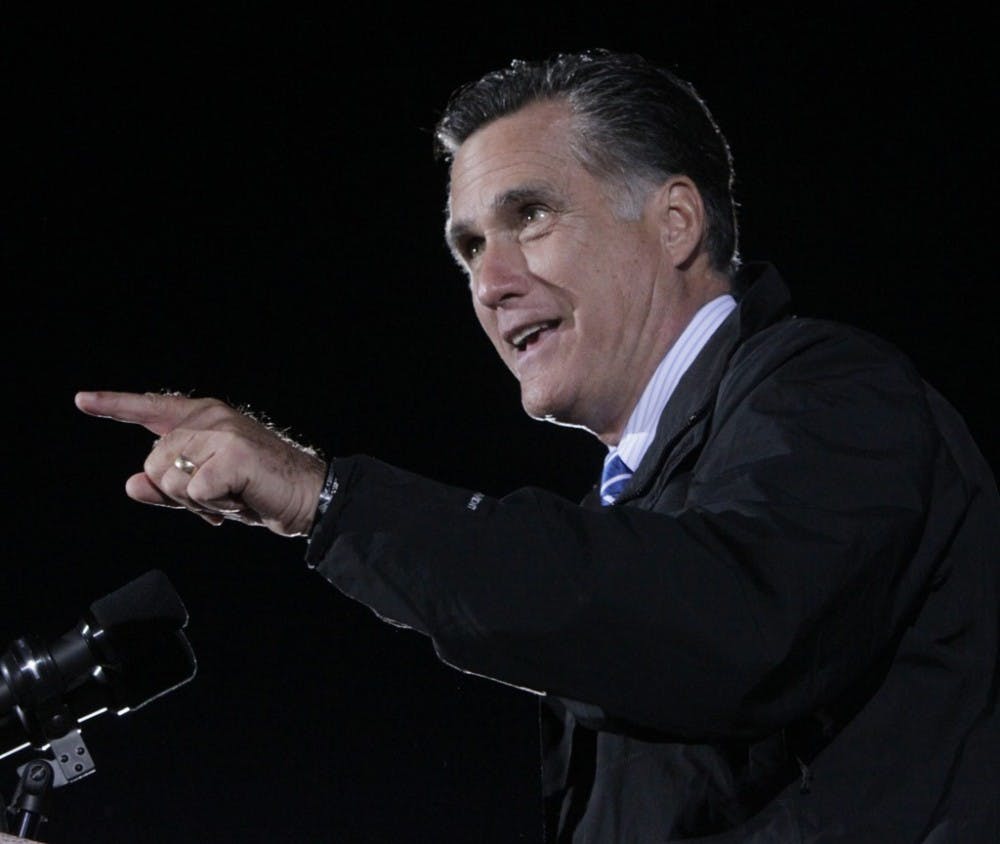 When a job needs to get done, you look for the right person with the right plan. You seek professionals with applicable skill sets, steadfast work ethic and proven experience. The president’s job in 2012 is the same as it was in the last election: to get the economy growing again so that businesses can hire people. Barring a nuclear or natural disaster, everything else should be considered superfluous.

The United States economy is what shapes the lives and well-being of everyone on Earth – if it is struggling, the rest of the world will be, too.  President Barack Obama is a smart man with noble ideas, but we need someone who can fix the economy, and the man for the job is former Massachusetts governor Mitt Romney.

Before Bill Bain handpicked him to start Bain Capital, Romney worked as a consultant. Consultants are problem solvers: They are hired by companies that are underperforming and in need of guidance and a turnaround. Romney was one of the best at what he did. That’s the kind of leader we need for our current situation.

The president doesn’t deserve to be reelected because he failed to pour every ounce of focus and energy into fixing the economy. He believed passing the stimulus was some “set it and forget it” panacea to the problem at hand.

His decision to divert his attention took the country off course and distracted us from our No. 1 priority. The economy was fixable, despite what the president’s supporters may claim. Obama’s policies exacerbated the recession and are the reason we are still in this malaise. The largest of these was the Affordable Care Act.

Despite the many touted merits of Obamacare, it does not create jobs — it has killed jobs because of uncertainty and cost for small business. We need to be encouraging small businesses, not burdening them with new regulations and taxes. Fixing our medical system is important, but I think taking on such a monumental task during such a perilous time was irresponsible. It should’ve been saved for a second term. Instead, Congress passed an unpopular law with sweeping consequences we’ve suffered from as a result.

Europe is a case study in this failed path. Budget shortages have been racked up by governments promising their citizens all of the same benefits as Obamacare. It all sounds very nice, but it has proven untenable.

People are starting to realize how desperately we need to turn things around and that this election isn’t about the myriad of social issues. It’s about the most important social issue: the economic well-being of Americans.

Until that is firmly in our grasp, we should not waiver in our focus. I believe Romney understands this well, and that Obama does not. We can’t afford another stimulus, and we really cannot afford another collapse. We have to fix this now.

The Obama campaign and its allies have spent more than $100 million during the course of a year to slander an excellently qualified and principled man in an attempt to make him seem like an unacceptable alternative to Obama. The first debate changed the narrative. Romney proved he is knowledgeable and masterful, and he made the president look like an aloof amateur. This wasn’t a fluke. The men you saw that night are the ones who will decide our fate as a nation.

Mitt Romney is the man on the ticket who has the vision and experience to get this job done. I ask you to join me in supporting him on Nov. 6.

Read the other side: Why I'm voting for Barack Obama