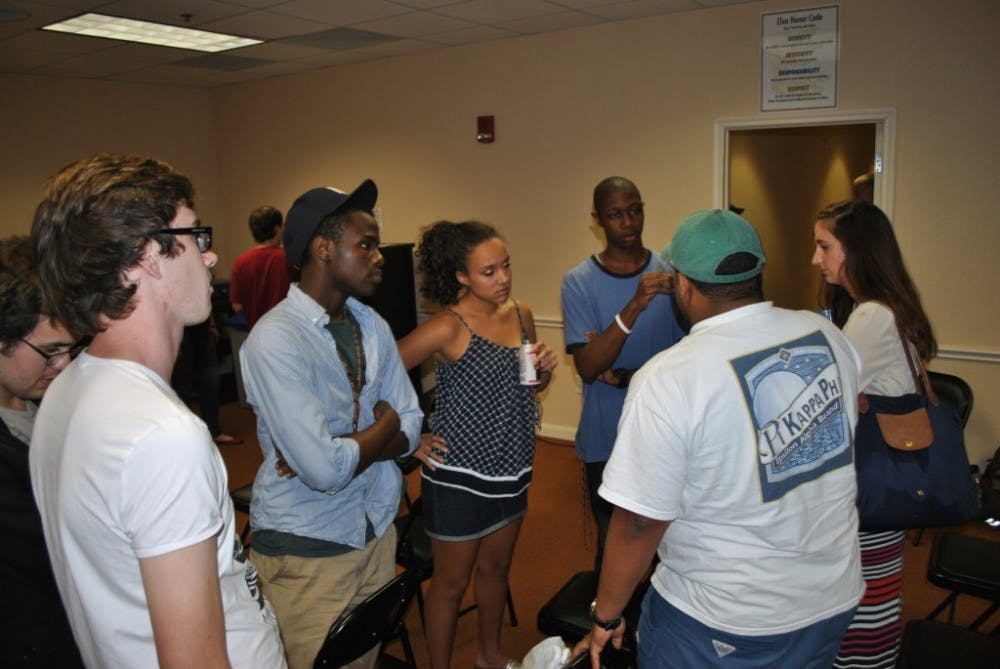 What does it take to get a room full of Elon University students to sit quietly in the dark for an hour and a half with nary a side conversation or comment? A presidential debate, apparently.

On Wednesday night, Elon’s Political Forum, in cooperation with the College Democrats and College Republicans, hosted the first of four debate-viewing events to be held throughout the month of October leading up to the Nov. 6 general election. At 9 p.m., Democratic nominee President Barack Obama and Republican nominee and former Mass. governor Mitt Romney met on stage for the first of three match-ups, and the viewing room was full to capacity, with well over 60 students turning up to watch the debate in its entirety.

Raymond Haack, a junior and secretary of the Political Forum said there was great energy in the room, as people filled every seat, lined the walls and crowded the floorspace.

“I’m ecstatic there are this many people,” said Greg Honan, the president of the Political Forum.

He said he expected the promise of free food would bring people out, but that attendees seemed genuinely interested, and not just in the snacks.

Four freshman students, hallmates from West grouped in a back corner of the room. They said they wanted to know more about the candidates and watch the debates with people of different perspectives.

“I think it’s a great opportunity for us to see both sides,” she said of the debate viewing event.

Fellow sophomore Erin Seally said she came to the event because she’s involved with the Political Forum.

“In here, we literally can talk about whatever we want,” she said, adding that although she is a political science major, professors direct the conversations in class and this was a more open forum.

Following the conclusion of the debate, many students stayed behind to talk about the differences between the two candidates and political issues.

Haack said that for the next event (the vice-presidential debate next Thursday), the group will probably purchase more food and will look into getting a room bigger than Oaks 207, the classroom-sized space used on Tuesday night, in hopes the same eager, involved crowd would come again.

“These people are going to vote, talk and spread awareness,” Haack said.