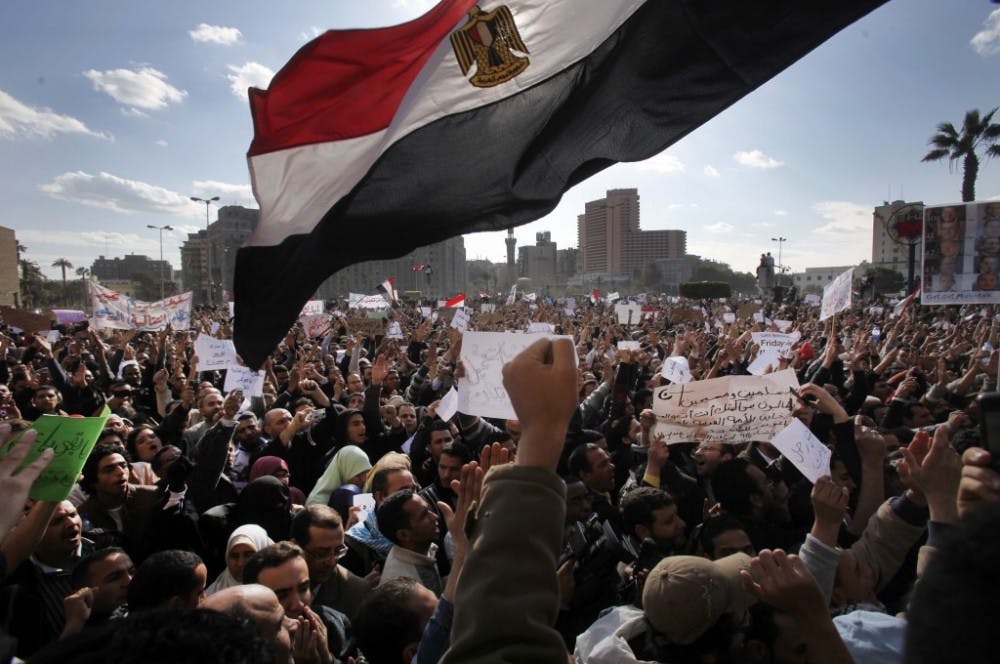 Students are able to return to Egypt to study after the height of Egypt’s 2011 revolution closed Elon University's abroad program at American University in Cairo.

Students who attended a recent interest meeting with a representative from AUC could be the first from Elon to study in Egypt since the program was suspended. Applications for students to go to AUC were reopened last spring when the study abroad office determined that the situation had stabilized.

“The state department travel warning that was initially issued was lifted,” said Paul Geis, associate director of study abroad and manager of programs in the Middle East.

“I really wanted to see the museums in Cairo and meet the people and learn the culture and study a little bit of Egyptology,” said junior Immanuel Bryant, one of the students who attended the interest meeting. “They were the first writers and inventors.”

Students who had applied for the spring 2012 semester later switched to study abroad in Amman, Jordan after the study abroad office warned that the Egyptian election might cause disturbances that would force them to leave the university.

“We spoke to the students very frankly and said, ‘You can go, we have not canceled the program, but if you leave the program too late, there would not be other viable options to switch into’” Geis said.

Egypt is currently being monitored by Elon’s study abroad department to see if a similar warning will be made for the spring 2013 semester, but there are not currently any applicants for the program.

AUC has incorporated the events of the 2011 revolution into its classes, having students go to Tahrir Square, where most protestors gathered, to collect data about the revolution. The university also held civil society classes open to the public with debates about the country’s elections and talks about how to get engaged in politics.

According to AUC admissions counselor Dominique Miles, who led the information session, these campus events fit in with the tradition of the school.

“The student body has always been very active,” Miles said. “We’ve had protests since the ‘60s.”

As the revolution in Tahrir Square began, students at AUC helped workers at the university organize to strike for better compensation. But the political and social activity does not hinder the academic experience, according to Miles.

“Everything happens in an organized fashion," Miles said. "Nothing disrupts class time."

AUC has contingency plans to get abroad students back to their home countries if needed, a plan which was implemented when the travel warning for Egypt was issued in January 2011. According to Miles, many abroad students did not want to leave the country.

“Students knew that Egypt is not Tahrir Square, Cairo is not this little square,” Miles said. “It’s a city, so other things are going on.”

Bryant said he was confident he would not be in any danger studying in Egypt.

“My perspective would be more welcoming than offensive,” Bryant said. “I’m very open to discussion or anything like that. My political views are my political views and I’m not willing to die or fight over them. They’re just what I think.”