Seeing Himself Through His Music 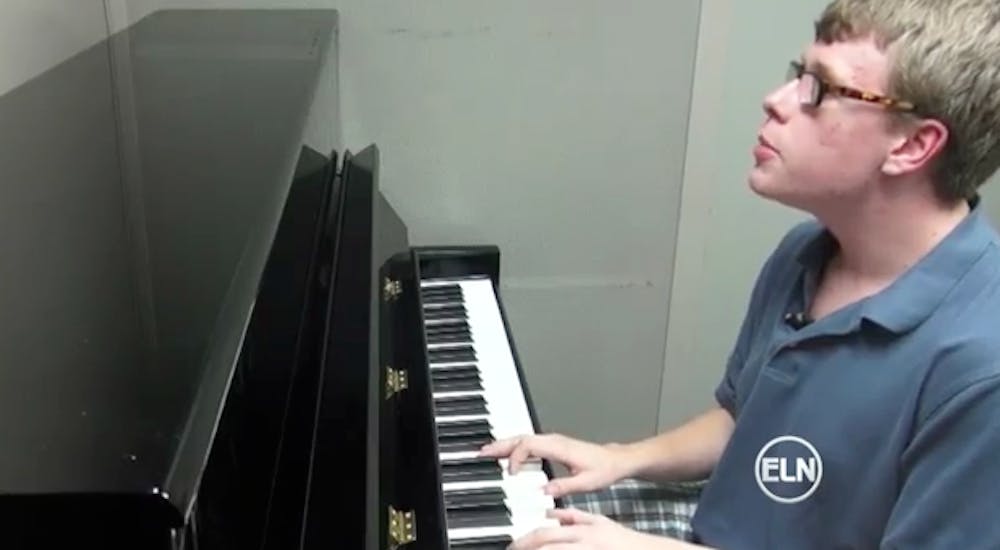 Freshman Shane Dittmar has a passion for singing and playing piano, and he has also been blind since birth.

The 18-year-old singer and piano-player was born with "Leber's Congenital Amaurosis," a disease that left both him and his twin brother blind since they were born.

Growing up his eyesight never changed, and neither did his love for music. He said he's been singing ever since he was born, and even taught himself how to play piano.

He's now a music major and involved in all three university choirs.

"Everyone told me how pretty the campus was so I had a feeling I was supposed to fall in love with it," Dittmar said.

Going to college comes with challenges, and coming in with a visual disability made it hard. The biggest lesson being blind has taught him, he said, is not letting it define who he is.

The main thing that consumes most of Dittmar's day is writing and playing music.

For Dittmar, being blind isn't who he is. It's what has led him to something bigger.

"I'm not sure if I would have done as much music as I have if I wasn't so passionately into listening," he said.