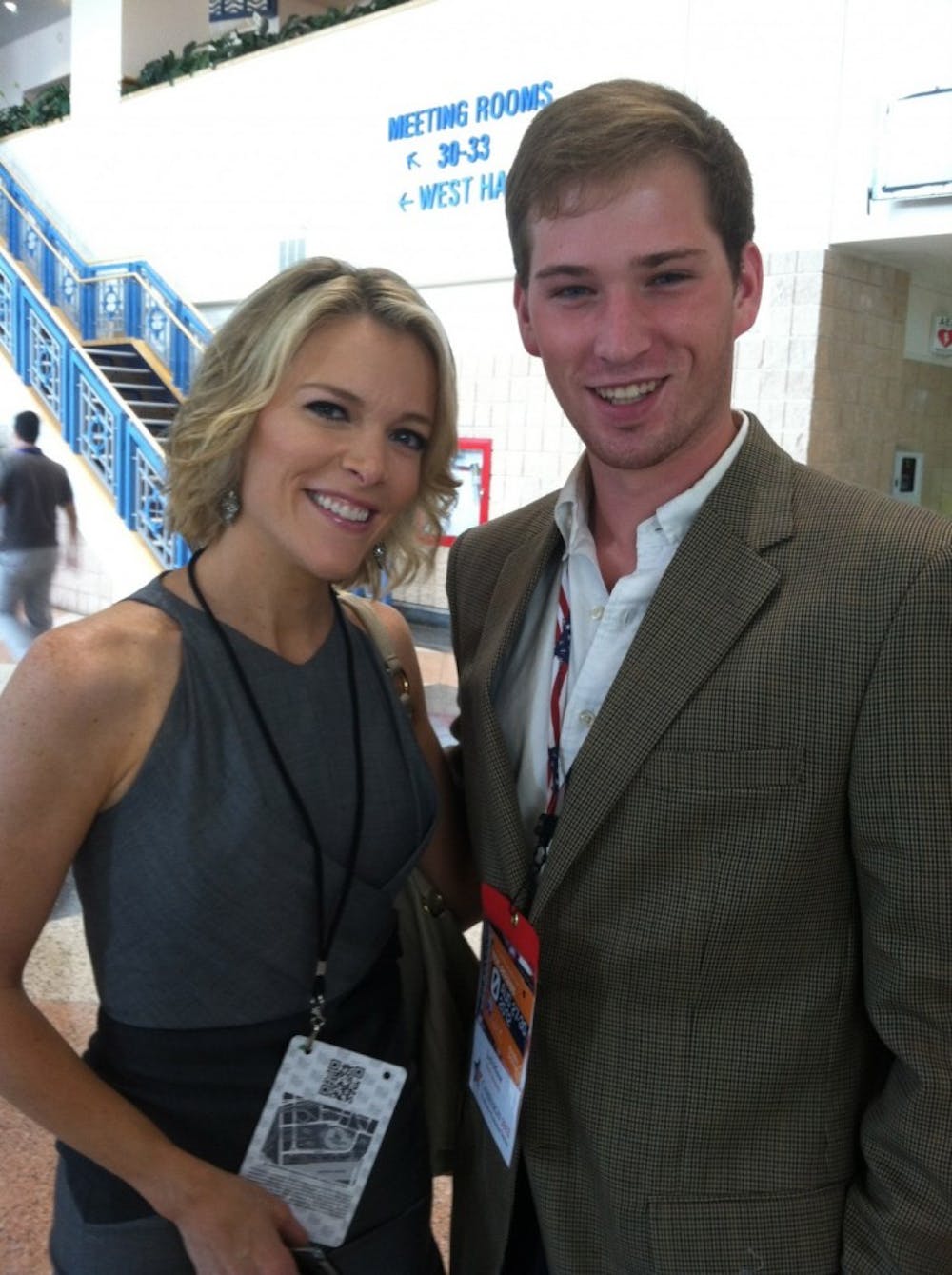 While many Elon University students were getting settled into the routine of a new school year, others were hundreds of miles away, adjusting to the rhythm of the national conventions. Through Elon’s partnership with the Washington Center, juniors Jack Minor and Gabrielle McCarthy secured internship positions at the Republican National Convention and the Democratic National Convention, respectively.

Minor, a broadcast journalism and political science double major, was paired with the New York Post. During the week leading up to the convention, Minor participated in a seminar. Then, from Aug. 27-30, he received his assignment and began field work.

“I was very excited,” Minor said. “I knew it was going to be a great opportunity.”

While the convention activities were going on, Minor said the Post assigned him to cover different events, such as speakers, concerts and delegate parties. One of his stories earned him a byline in the Post, and Reuters also picked it up.

But Minor said one of his best experiences was working as a runner for United Press International on the night of Republican candidate Mitt Romney’s presidential nomination acceptance speech.

“Basically, what I was doing for them was running memory cards,” he said. “But the coolest thing about that is I was literally right at the bottom of the stage for Mitt Romney’s speech and Sen. Marco Rubio’s speech.”

McCarthy also had a few celebrity encounters during her time as an intern for Fox News at the Democratic National Convention in Charlotte. She worked as a production assistant and runner, working for Shepard Smith, Juan Williams and Mike Emmanuel.

Initially, McCarthy said she was concerned about working for Fox News because of the overtly conservative stigma attached to it, but interns set aside political feelings when they were working to prevent biased reporting.

Minor said he liked how being in the convention let him meet all kinds of people and hear their stories and opinions.

“It’s important to keep an open mind and network with everyone there,” he said.

For McCarthy, the convention trip meant getting to see one of her idols: former President Bill Clinton.

“He’s someone that I have admired for most of my life and to seem him speak live and in person was something I’ll never forget,” she said.