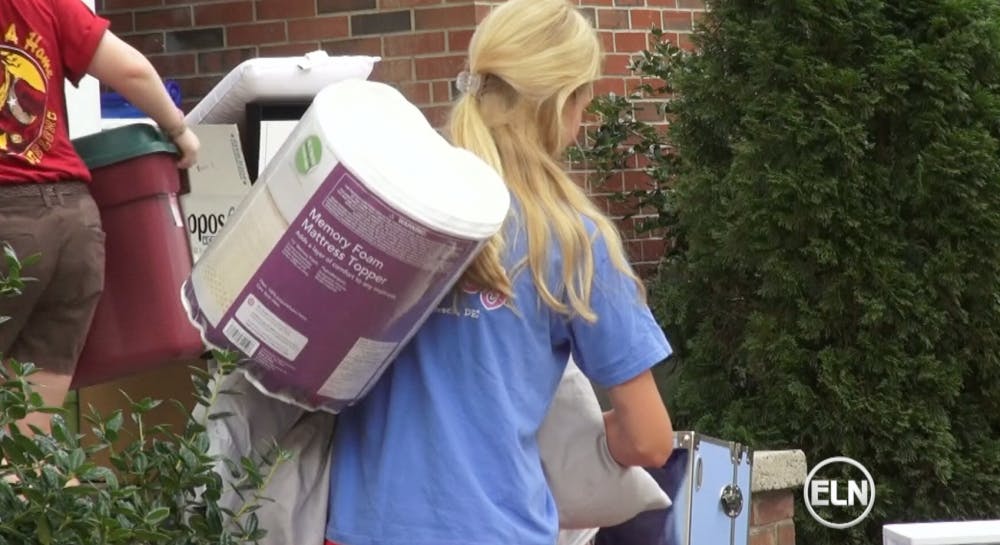 Elon first-years arrived on campus this past Friday and it was a day filled with excitement. Incoming student Arthur Tildesley shared with us why he chose Elon and what he plans on becoming involved with during his Freshman year.

"I visited here and I fell in love," he said.

Some of Elon's most important figures were seen around campus talking to new students and parents. President Lambert was seen speaking to several parents while Dr. Danieley was found talking with new and current students.

Over by HBB, Lizzie Markson, incoming music theater major, told us what made Elon seem perfect in her eyes.

"I think I decided to come here because I really love the program and just the school in general was like perfect size and it's a beautiful school," she said.

When ELN talked to incoming freshman, Fiona Bush, she shared told us that she already had high hopes for her Elon experience because of things she had heard about the school.

"I've heard that everyone's really nice here and sweet and there's a lot of Southern hospitality, which is what I love," she said.

Elon students including those on O-Team and Orientation Leaders worked hard to make the day run smoothly for the entire community.

Freshman Jacob Lenz told us about his different feelings for Elon.

"I like the size of it. It's very, it seems consolidated."

Part of the excitement on move in day is getting to see their rooms for the first time, as well as mastering the opening of their mailbox. We got to share some of these experiences with freshman across Elon's campus and we hope they have many more special experiences to come.