Violence has gone too far in the NHL playoffs 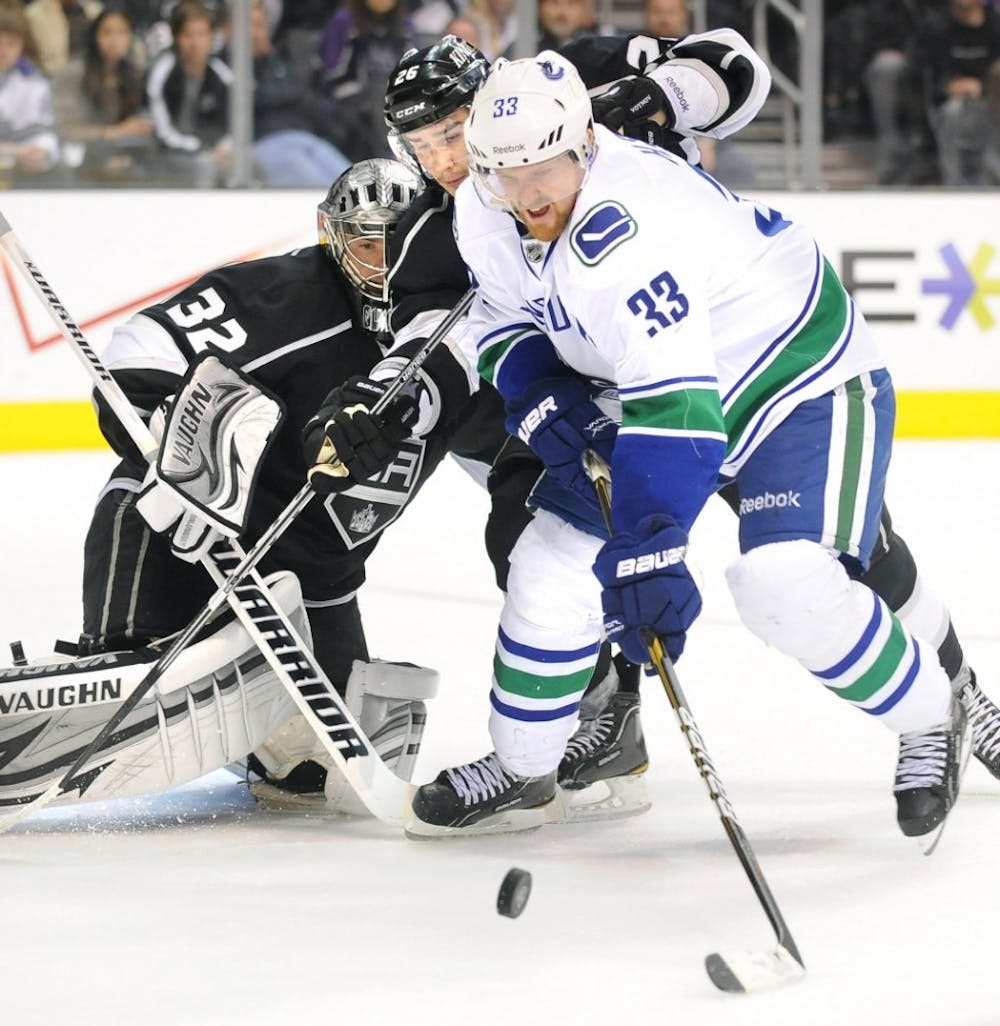 Los Angeles Kings goalie Jonathan Quick (32) makes a save as teammate Slava Voynov and the Vancouver Canucks' Henrik Sedin (33) battle for a loose puck in the second period in Game 4 of the Western Conference Quarterfinals at Staples Center in Los Angeles, California, on Wednesday, April 18, 2012. (Wally Skalij/Los Angeles Times/MCT)

Call me crazy, but I don't think every casual hockey fan is a fan of the violence abundant in the game.

I for one, do not particularly care for what is going on in the NHL playoffs right now. Namely, teams losing all composure just to send a message. It's stupid. It's childish. Anywhere else, and it's downright illegal.

The National Hockey League, really, has only one thing going for it: Its playoff system is among the most exciting in all of sports. It's not televised on ESPN, and thus the mothership ignores it by only providing Sportscenter highlights sparingly. That is, honestly, a shame. Because the sport is great.

But I don't watch hockey to see toothless fools bash each other's heads in, and what I saw at the end of Game 3 of the Boston-Washington series sickened me. Under three minutes left, tie game, both teams drop everything and get physical for a good three or four minutes. What do the officials do to penalize the action? Relatively little. Milan Lucic got served with a double-minor, nobody got ejected and I was left dumbfounded at the lack of institutional control.

This needs to be curved before it turns even casual fans off.