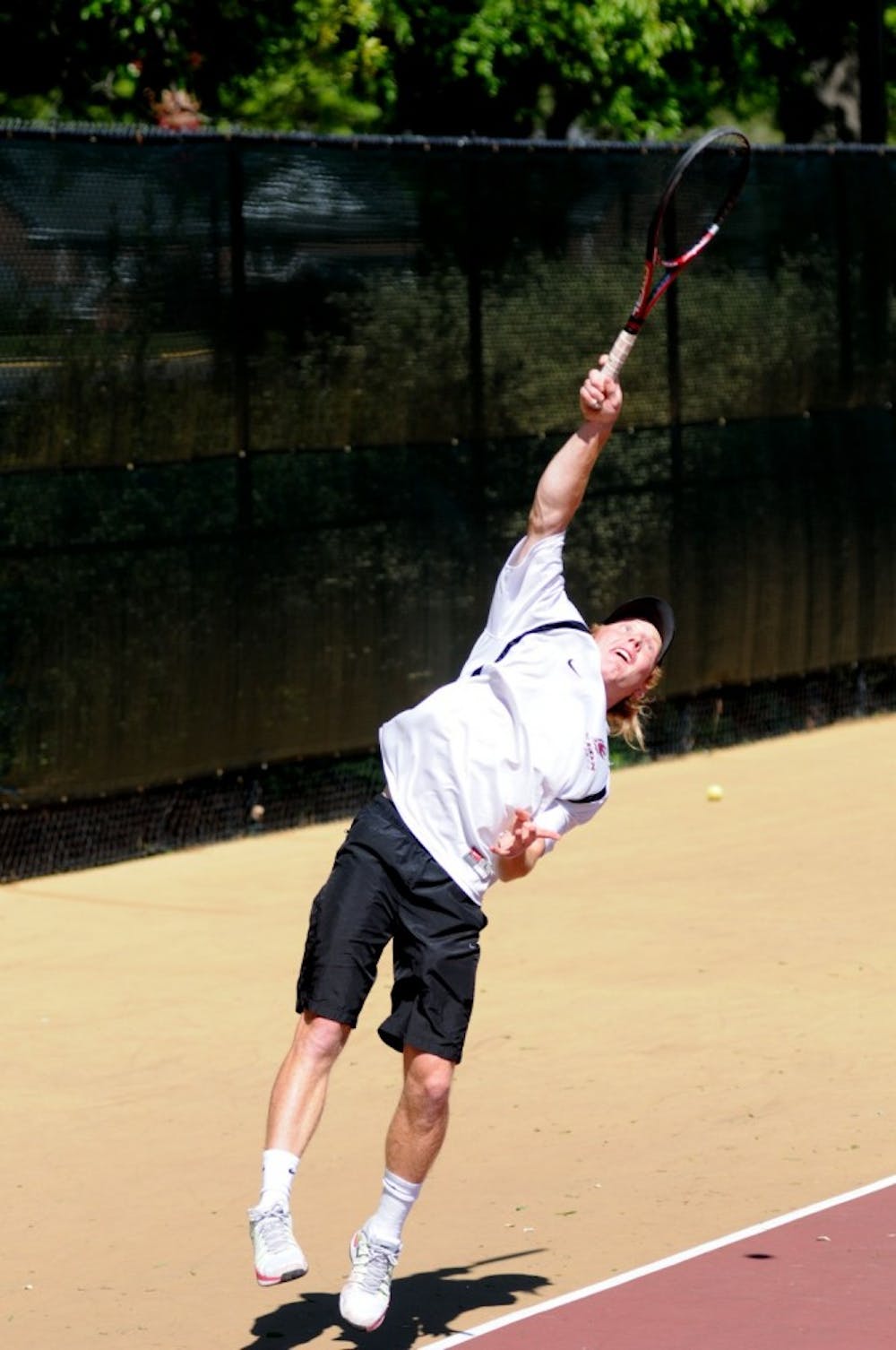 A bout of mononucleosis prevented Silverman from taking the court as Samford University upset the No. 1 seeded Phoenix in the second round on the way to a SoCon championship.

“It was definitely tough for me to have to just watch from the sidelines,” Silverman said. “I couldn’t even really say much because my throat was killing me.”

Now healthy, Silverman will attempt to lead the charge as Elon (8-14, 5-5 Southern Conference) enters the postseason as a proverbial underdog.

The Phoenix is without four seniors from last year’s team. Six players, including Silverman, have never played in the SoCon Tournament. That changes April 19 when Elon takes on No. 11 seeded Georgia Southern University (2-19, 1-9).

Youth is something that has harmed the Phoenix lately. Elon has lost six of seven matches, the last of which was a 4-3 defeat at East Carolina University. It was the third straight match Elon has lost by a solitary point.

“It’s just youth,” said head coach Michael Leonard. “If you look at our results, we’ve gotten to 3-all and then usually there’s a freshman playing that decides who wins the match against a junior or senior on the other team. That’s been the difference. They’ve been in the fire. They’ve been in that situation more. We haven’t.”

Elon enters the tournament with a gigantic question mark: The health of senior Eric Turner. Turner missed time earlier this season after he suffered from food poisoning and a hip flexor in a match against Wake Forest University, and then fell again a couple of weeks later and reinjured his hip.

Turner returned to doubles action against East Carolina Saturday, but wasn’t able to go in singles play. Leonard said he was optimistic about Turner’s ability to return for singles and doubles action this weekend.

If Elon gets by Georgia Southern, the Phoenix will play Appalachian State University, a team that defeated Elon 5-2 in their match March 28.

If Elon wins that game, it will likely get paired with the College of Charleston, another team that beat the Phoenix 5-2.

“We’ve struggled a little bit in doubles without Eric being in there,” Leonard said. “Getting Eric back, I think that’s going to help us in doubles. If we can get that doubles point, we feel like we have a good shot at getting three points in singles. Against most of these teams, the problem is we’ve lost the doubles point against these better teams and then we have to go get four singles and that’s a challenge.”

It’s been more than a month since Elon was able to string together consecutive victories. In order for the Phoenix to keep its season alive, it must now go out and win four in a row.

But it starts with the first match against Georgia Southern. If the Phoenix wins that, they get to play on, which is really all they want.

“Our expectation is to just get some confidence,” Leonard said. “I feel with this team if we can win a match against a 3-seed and just pull it out and just fight, then I think these guys are going to start believing they can beat anyone in the conference.”

For Cameron Silverman, it is a chance to come back and win what eluded the Phoenix last season — a SoCon championship. But at the sixth seed, Elon will have to play three winning matches to take the crown.