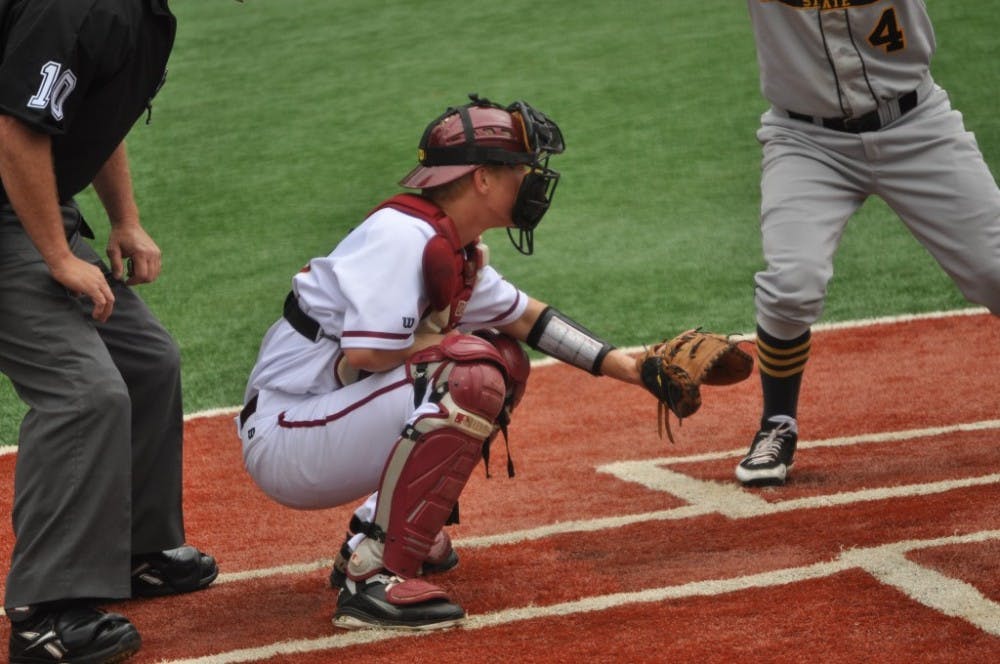 There’s a man athletes all over the country want nothing to do with. His acquaintance is made out of necessity, not desire and his name alone sends shivers to those active in sport.

His name is Dr. James Andrews, and Elon University pitcher Jim Stokes knows him all too well.

Stokes was warming up in anticipation for his sophomore season on the diamond 14 months ago when things turned south. It was during an intrasquad game when he got hurt. He thought it was a sore elbow and with the season two weeks away, Stokes finished his start — determined to not show any signs of weakness.

“I was trying to push through it because the season was so close and I didn’t want to miss any time,” Stokes said. “That might have been a mistake, looking back on it.”

After the game, things weren’t right. This wasn’t the typical pitcher fatigue that comes from delivering 100 pitches to live hitters. This was much, much worse.

Stokes visited doctors in Burlington, Greensboro and Charlotte. They all came to a similar conclusion: Stokes had severely torn his ulnar collateral ligament, he needed Tommy John surgery and his season was over before it even began. The procedure replaces an ailing ligament in the elbow with a tendon from somewhere else in the body, and was named after a former Major League Baseball pitcher who won 288 games in his career.

“When it happens right before the season like that, it’s kind of devastating,” Stokes said. “But it happens. It’s part of the game, part of life.”

The ailment brought Stokes and his mother to Birmingham, Ala., and to Andrews. Nobody wants to have to see him because it almost always means season-ending surgery. But they go to him because he’s the best at what he does.

Tommy John surgery is no longer a death sentence for pitchers. Eleven percent of active major league hurlers have had the procedure. Many have come back stronger — and better  — than ever before. Well-known names to baseball fans across the country who had Tommy John surgery performed by Dr. James Andrews include Tim Hudson, Brian Wilson and Chris Carpenter.

Stokes scoured the Web for articles on the rehab procedures of Washington Nationals pitcher Stephen Strasburg and St. Louis Cardinals ace Adam Wainwright, trying to make sure he could come back on top of his game. This type of research

wasn’t anything new for a student of baseball.

“He’s one of the kids on the team that really loves baseball,” said junior catcher Alex Swim. “He’s already reading articles online about baseball, looking up players and stats and all that. He definitely loves it, so it was definitely hard for him to get the news that ‘Hey, you’re going to be out for a year.’ But I think he took it in stride.”

Taking it in stride meant little strenuous activity. Sitting on the bench, Stokes couldn’t even fathom the long path it’d take him to recover.

“I want to say four months of no throwing,” Stokes said. “Just lifting one, two-pound weights and just trying to get any type of strength back in my arm. It’s pretty much starting all over again.”

He couldn’t pick up a baseball, but that didn’t mean Stokes couldn’t help the team. It just meant that he would have to play a different role. Instead of being a leader on the mound, he had to lead from the dugout instead.

He embraced that role, essentially becoming another member of the coaching staff. Stokes gave pointers to his pitching staff and motivated the younger players on the team. He even became a scout at times, venturing over to nearby University of North Carolina at Greensboro and taking notes while Elon was on the road.

“Not playing for a whole year, it’s not fun,” he said. “But you can still learn and grow from it.”

By the fall, Stokes was making rehab appearances, eagerly anticipating his return to college baseball. But he wasn’t just preparing to return to game action for the first time in over a year. He was also getting ready to switch from a bullpen role to one as a starting pitcher.

Stokes made his return Feb. 21 at home against North Carolina A&T. Appearing for the first time after a major injury, moments of doubt started to creep into his head while he was on the mound.

After walking three of his first four hitters, Stokes was in a jam. Losing control of his first inning back was not the way he wanted things to go. Suddenly, for a player that had experienced major bad luck, the best possible thing happened. A rush of calm took over his body, settling Stokes down.

He got the next batter to ground into an inning-ending double play, escaping danger and establishing confidence in his abilities to get things done. Stokes completed two more innings of work that afternoon, picked up a victory and only allowed one more runner to reach base. It was an ideal way to return to work.

Of course, he’s had his growing pains since that game. He hasn’t yet recaptured his maximum velocity on his four-seam fastball, his breaking ball mechanics are off and he’s been forced to learn a two-seam fastball on the fly.

[quote]When it happens right before the season like that, it’s kind of devastating. But it happens. It’s part of the game, part of life. - Jim Stokes, Elon sophomore pitcher[/quote]

There was the game against North Carolina State University March 13 that Stokes gave up six runs (three earned) in a loss. Then there was last week, when he couldn’t get out of the third inning at North Carolina, allowing six runs and walking five in his shortest start of the year.

But then there have been games where he’s performed masterfully. Five innings of one-hit ball against High Point University. Another five-inning performance against Clemson University, where the right-hander gave up just two runs. A five-inning gem with one earned run allowed at home against the Tar Heels.

Maybe his arm isn’t where he wants it to be yet, but somehow the redshirt sophomore has found a way to succeed.

“I know Tommy John’s not good to have and obviously he didn’t want to waste a season, but I think it was good for him,” Swim said. “He got to watch the game from a distance and get a feel for how to pitch. I definitely think it helped him out as far as growth as a baseball player.”