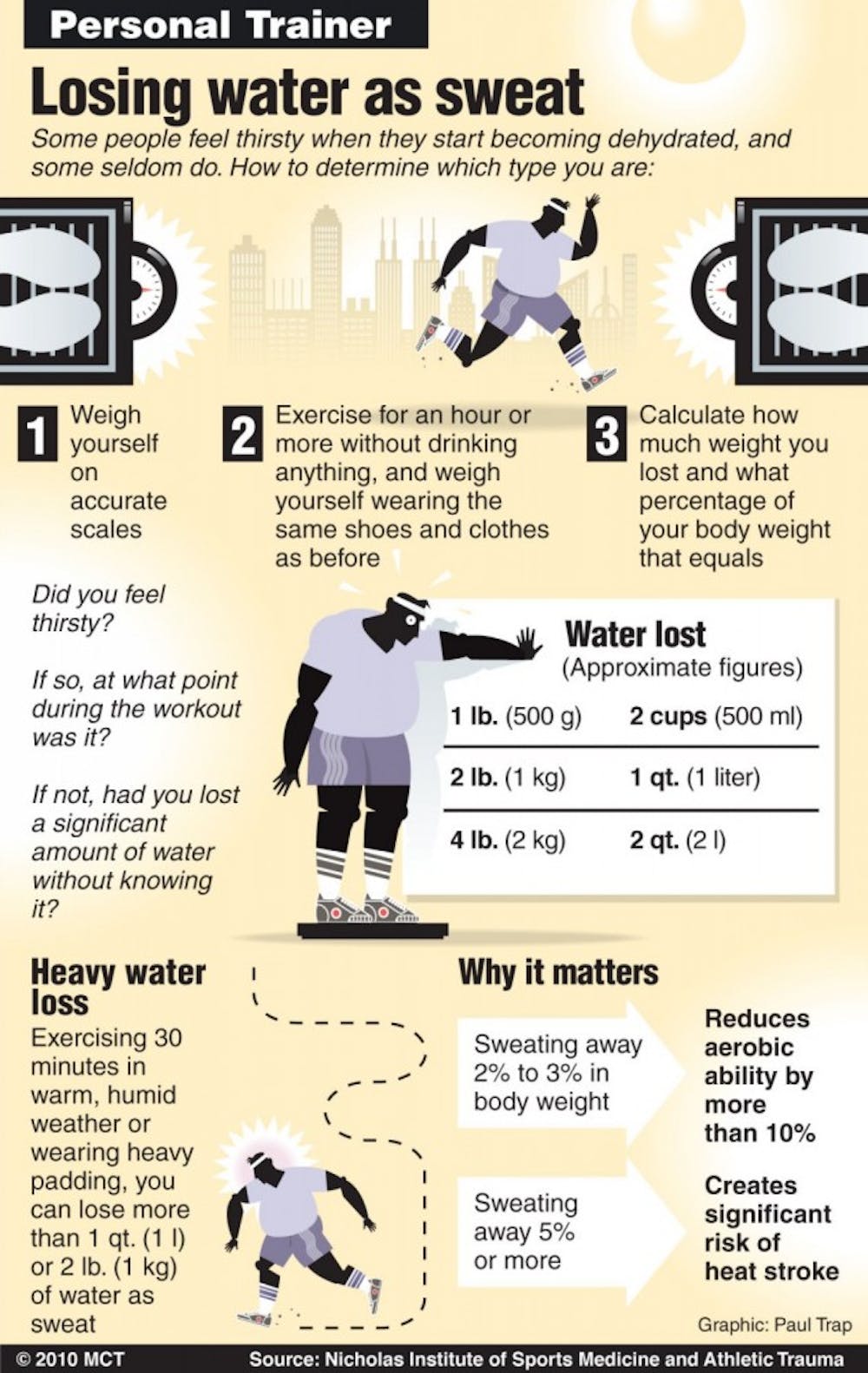 I spent my Monday morning following Boston Marathon updates, checking the progress of the elite runners between classes (I admit it) on two extended trips to “fill up my water bottle” during class.

This year’s marathon was an excruciating, hot race, run in over 80-degree heat. The racers were told to hydrate frequently, and make sure to replenish the pounds of water lost while running.

The side effects of dehydration are commonly known to include chills, nausea and light-headedness, but dehydration shouldn’t be thought of as just a possible health hazard. Sports science research has concluded that being dehydrated will affect your performance by as much as 10%. That’s a 20-minute 5k dropped down to a 20:30.

The principle of hydrating seems easy enough: when it’s hot, drink more water, but there are other factors that affect hydration. I have put together a guide to stay hydrated and sweating (because sweating is healthy!) during the summer: