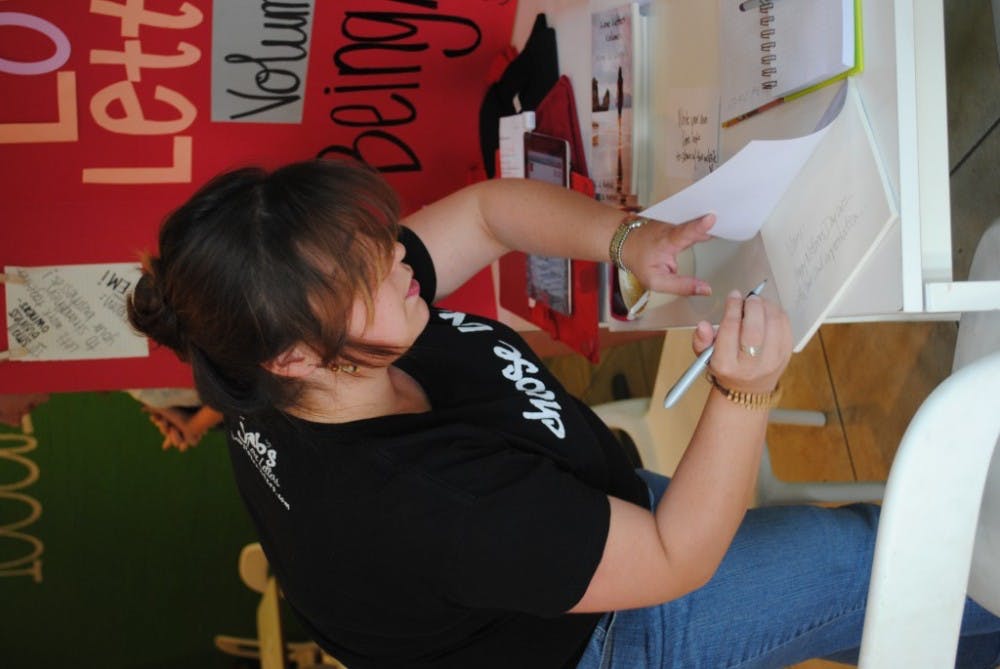 For the Elon Microfinance Initiative, Muhammad Yunus’s visit to campus this month meant more than just a Convocation speech. The EMI has been inspired by Yunus since the group was founded in 2009, and his presence on campus in April helped kick off Microfinance Month.

At Convocation, Yunus spoke of his personal work with microfinance, which involves providing collateral and interest-free loans to empoverished women.

“Dr. Yunus’ visit to campus was the perfect way to kick off the month and spread awareness,” said senior Kelly Cavanaugh, president of EMI. “Elon students heard that our generation has the potential to make an incredibly valuable difference in the world and how a small loan can make a big impact in breaking the cycle of poverty.”

Microfinance Month is a way for college microfinance organizations to raise awareness and plan relevant events. Although the word “microfinance” might sound intimidating, the work of EMI is something many students can be enthusiastic about, Cavanaugh said.

“We’re trying to encourage people from outside the business school to get involved,” Cavanaugh said. “It’s about sustainable poverty relief, which a lot of people can relate to and have a passion for, more than just people in the business school.”

EMI kicked off its local consulting work by connecting with Milele Archibald, small business director at Alamance Community College. Archibald led EMI in a business consulting session and helped connect them to people in the community. In October, Cavanaugh attended Archibald’s How to Start and Fund Your Small Business in Alamance County class. It was at the class that Cavanaugh met local author Jennifer Busfield and her business partner, Joe Wilson. Shortly after, Busfield became EMI's first local client.

“It has been an absolute pleasure to work with the Elon Microfinance Initiative," Busfield said. "They understand the value of planting seeds now in order to reap a harvest later. This comes into play as we've talked about how to carry forward next school year with continued projects that will increase their exposure within the community.”

Busfield is the owner of Jab’s Plethora, a small business that provides consultation services to people looking to improve their print or online content. She is also the mind behind the Love Letters project, which is a culmination of a website and two books that focus on the importance of sharing love.

“We chose LoYo because it’s local yogurt, so it’s also emphasizing the idea of working with and strengthening the community,” said junior Alexis Deprey, vice president of Operations for EMI. “We had people write love letters, which she then posted on her website, and she talked to an Elon student who is interested in publishing her own small book of poetry. She was an inspiration for a lot of aspiring authors.”

The event was held from 2 to 5 p.m. April 10, and Busfield donated a portion of her proceeds to EMI’s Kiva account.

Through the account, EMI has been able to provide loans to people in multiple countries, including Guatemala, Ecuador and Chile. The initiative began with four borrowers, but the number has since grown to nine.

“We’ve worked with people selling shoes, having a wheat farm, a lot of food businesses,” Cavanuagh said. “Most of them are women, because it’s all about women empowerment, and they are traditionally shown to have a better repayment rate than men.”

Deprey said she realized the importance of their work after listening to Yunus speak about the lack of support underprivileged people receive from banks.

“It is so hard for poor people to get loans from a bank, because lot of banks have the mindset that if you’re poor, you won’t be able to pay us back,” Deprey said. “The whole point of micro credit and micro loaning is to give those people a chance.”

The EMI aspires to become a microfinance institution, which would entail it being a non-profit organization. This would allow the initiative to provide financial support to their local partners as well.

“The thing we are struggling with is we’re not sure if the amount of money we raise here will be as effective in the United States as it is with Kiva, where the international dollar is worth a lot more,” Cavanaugh said.

The group is looking to provide support to an increasing number of local and international business owners, and plans are in the works for a second book signing with Busfield.