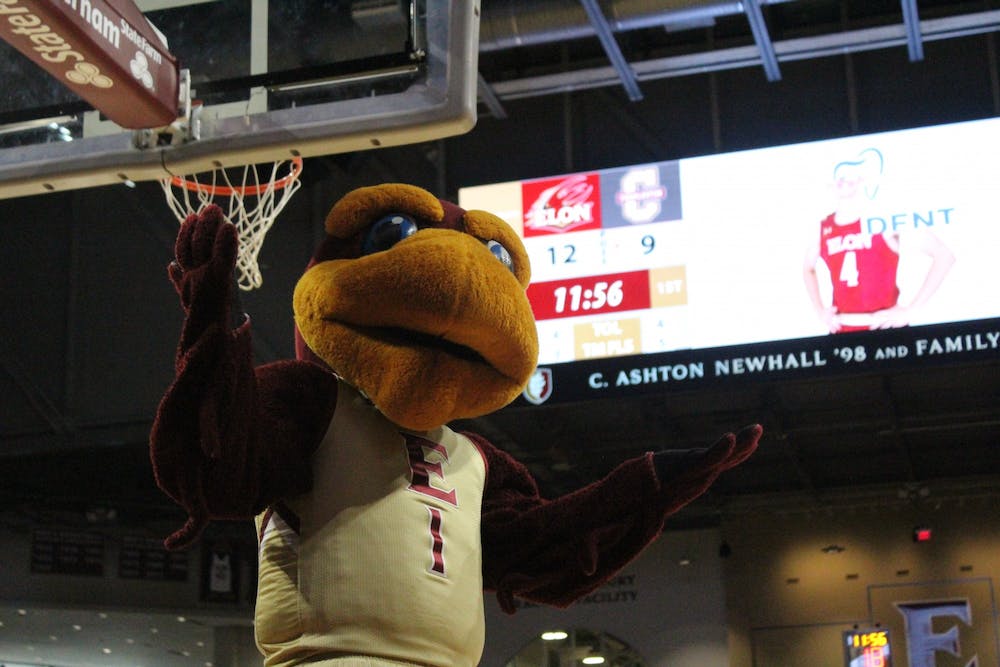 Photo by Ana Luisa Scholtes | Elon News Network
The Elon University mascot walks along the baseline during a timeout of the men’s basketball game against College of Charleston on Feb. 5. The Phoenix lost 66-64.

The tournament will begin with two semifinal games on Nov. 11 and will conclude with the championship and third place games on Nov. 13. All games will be played at the Harrah’s Cherokee Center in Asheville.

Elon will open the tournament with a semifinal game against the East Tennessee State University Buccaneers on Nov. 11 at approximately 8:30 p.m. The game will be streamed on ESPN+ and will begin after the conclusion of the first semifinal game, which will begin at 6 p.m. and feature Harvard University and the University of Louisiana Lafayette.

The championship game is scheduled for approximately 4:30 p.m. on Nov. 13 and will take place after the conclusion of the third place game, which will begin at 2 p.m. and air on ESPNU.

This is the second annual Asheville Classic, as the University of Minnesota defeated Princeton University in last year’s inaugural edition.

Elon also participated in last November’s Charleston Classic, finishing eighth out of eight participating teams after losses to West Virginia University, the University of Mississippi and Temple University. It was the first time since 2018 that Elon had played in a November tournament.