“The work is not finished. What’s next is on my mind,” 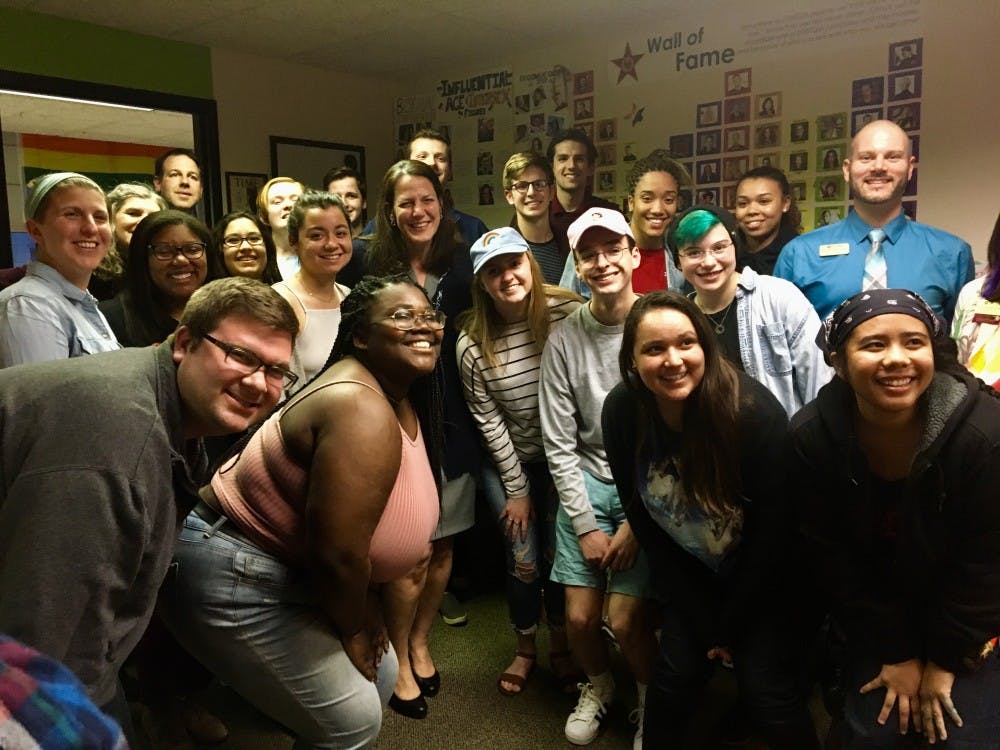 In the intimate setting of the Gender and LGBTQIA center, surrounded by students President Connie Book held a talk about LGBTQIA issues on campus.

The talk last from 7 to 8 p.m.,  and President Book focused on listening to the students there and asking what they would like to see from the University in terms of LGBTQIA awareness and advancement.

She started the talk by asking students to share something they were proud of about the university and something that ‘if they could wave their magic wand’ they would want to see fixed.

The concerns of the students there ranged from the number of universal restrooms on campus to making sure the university was creating a space for students from all sides of an issue to come together to talk and learn.

But what was most important to many students was the fact that they were heard.

“Something I’m really proud of is I think this kind of forum. That we have our wonderful new President, members of the administration sitting on beanbags and stuff listening to student’s comments, it makes me feel like the university really listens to what we have to say and actually cares,” Freshman Mackenzie Martinez said.

President Book and Vice President of Student Life, Jon Dooley also spoke about the possibility of remodeling the second floor of Moseley in order to give organizations like the GLC more space to create a community.

“It’s good to think about the fact that five years ago this was all the space we needed,” Dr. Dooley said. “This space when we started we thought would be good as a starting point. We do have thought about what it would be like to redo the second floor...and most of those plans, all of the versions that I have seen, include enlarging this space,”

And while the work to better support and grow the diversity on Elon’s campus is the number one priority of Elon’s ten year strategic plan, President Book believes there is still ways we can better our community.

“The work is not finished. What’s next is on my mind,” President Book said.

This talk was held as part of Spectrum’s and the Gender and LGBTQIA’s celebration of pride week.