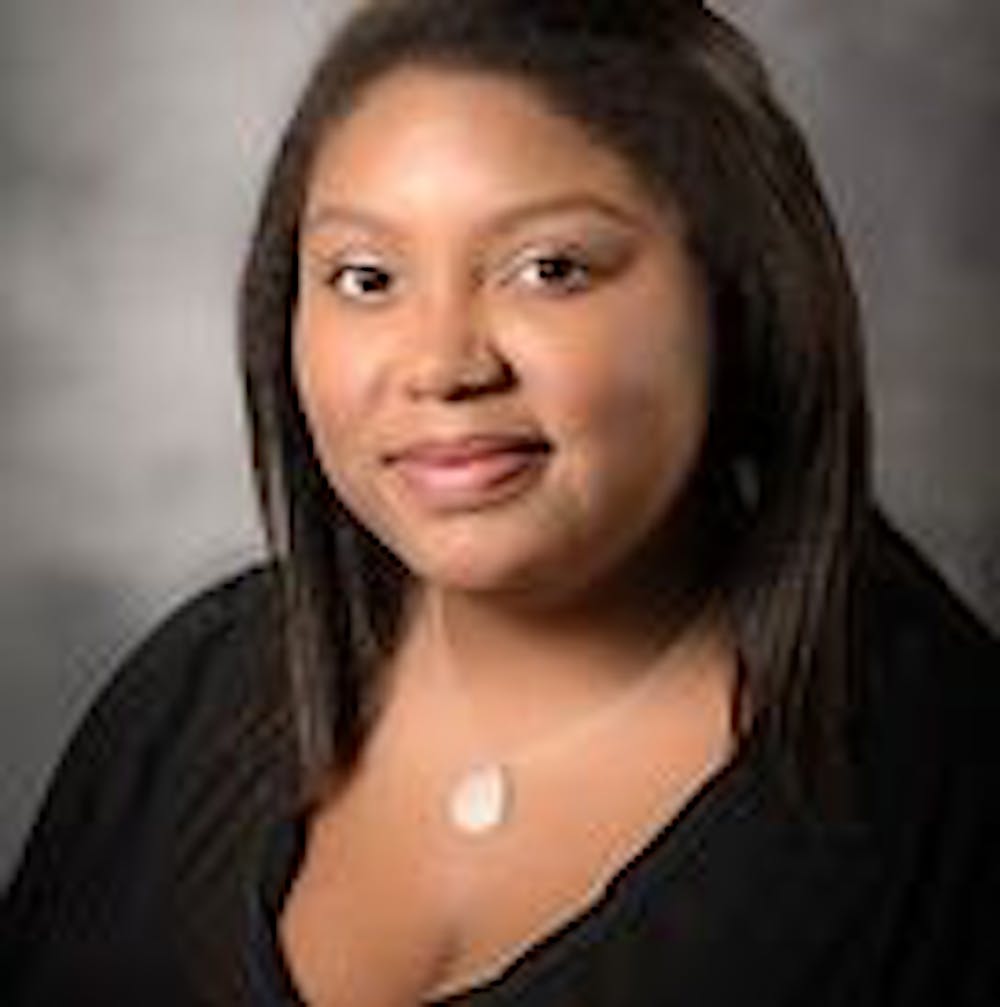 Camilla Brewer will be joining the Elon Gender and LBGTQIA Center as their full-year Graduate Assistant. Photo courtesy of Elon Communication.

“I am extra support, another resource in the office,” Brewer said. “I am kind of here to do whatever Matthew needs me to do.”

Brewer was put in touch with Bosch through a professor at University of North Carolina at Greensboro after hearing about the job opening. As part of her graduate program, all students are required to have assistantships and work about half-time at a university.

When the position opened at Elon, she jumped at the opportunity.

“I interviewed [with Bosch], and he was kind of surprised and blown away about how much I knew and the work that I had done, the investment I have,” Brewer said.

As the year begins, Brewer is completing preliminary work and planning, as well as tweaking the center's website and getting Phoenix Connect up and running. One of the big efforts the GLC puts forth are training sessions for various student leaders and faculty.

“We’re doing quiet a few trainings in August as people prepare for students to come back, which is really exciting to see,” Brewer said. “The Elon community really wants to know more and be a great support system and a welcoming campus for all students.”

Because Bosch was the only faculty at the GLC prior to Brewer’s arrival, he often planned these events on his own. Brewer will now offer a helping hand around the office in addition to the student workers and volunteers.

“I am really excited to expand the work that Matthew has done, because he is only one person and one person can only do so much,” Brewer said. “I am excited to just be here, even as the LGBTQIA student population grows, to be that extra resource and that extra friendly face that is sort of the intermediary between a full-time staff member and being an undergraduate student.”

Brewer will be commuting from Greensboro four times a week to the Elon GLC in the Moseley Center.

“In just one month, Camilla has already made a huge impact at Elon,” Bosch said. “She has led multiple LGBTQIA ally trainings  for student leaders, she has re-organized our student worker structure and she is assisting with both our LGBTQIA & Ally New Student Welcome on Thursday, Sept. 1, and our Alamance Pride Festival on Saturday, Oct. 1.”

2015 was the first time Alamance County held a Pride festival, with which Bosch was heavily involved. The festival is a good way to bridge a gap between students and community, Brewer noted.

Brewer is thrilled to get involved with the many student groups on campus, such as Spectrum and EFFECT Elon Feminists.