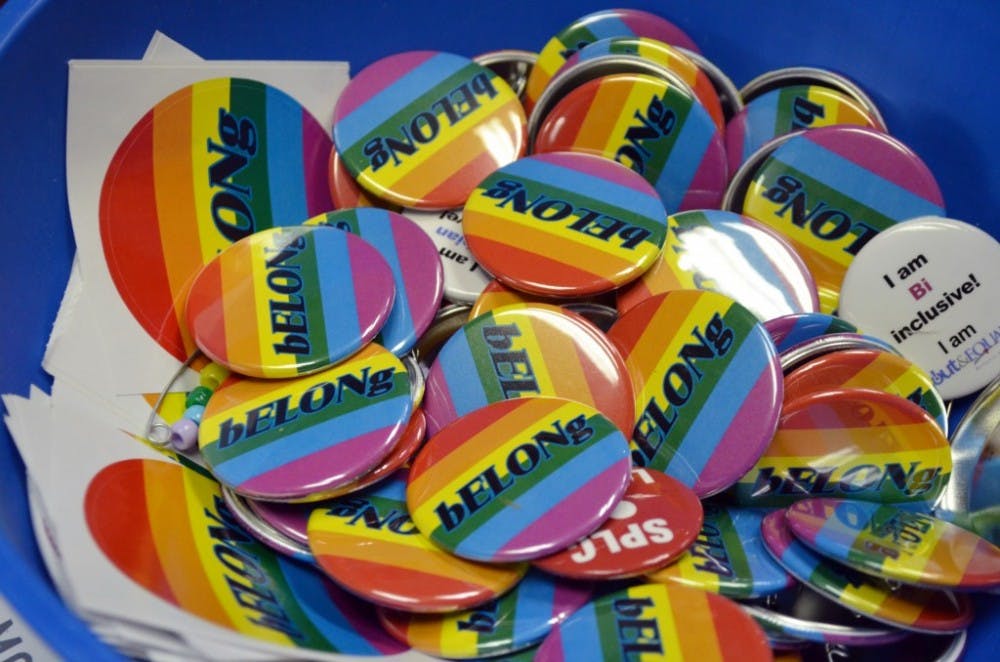 The small collection of universities that mention sexual orientation and gender identity on their admissions applications grew this week. Elon University has provided an optional question for applicants to check a box indicating whether they identify as a member of the LGBTQIA community.

The addition of the item on the application makes it clear these topics, which high school seniors may be reluctant to share, are open for discussion at Elon.

As more campuses across the nation strive toward a more inclusive community, adding this component to the admissions application is the next logical move.

Traditionally, applications have asked for information about race, religion, gender and income. Giving LGBTQIA students the chance to specify their sexuality and gender identity legitimizes aspects of their lives that have historically been discredited. The question offers an entry point into a discussion that didn’t exist previously.

Opponents of this action have argued that students who aren’t ready to be forthcoming with that information will struggle to respond on the application. But the question is optional. No applicant should feel obligated to answer.

From an admissions standpoint, not asking about sexual orientation and gender identity on the application marginalizes applicants from the LGBTQIA community and can dissuade them from choosing Elon. Sexuality wasn’t explicitly off-limits in the college application process beforehand, but it also wasn’t openly recognized. Acknowledging LGBTQIA students before they arrive at Elon generates an environment of inclusion, from the time of admission until graduation.

Asking about LGBTQIA identities on the application allows Elon to quantify its progress in regards to creating a more accepting campus. Without a method of tracking how many students identify along the spectrum, admissions officers can’t address what demographic is being excluded.

Elon has become more inclusive of the LGBTQIA community with the recent addition of the Gender and LGBTQIA Center (GLC) as well as resource rooms for Hispanic/Latino, African American and Asian communities. Now, incorporating sexuality and gender identity into the admissions application solidifies Elon’s efforts toward a more diverse and accepting campus.

Episodes of intolerance at Elon, including incidences of racial slurs that incited the “Not On Our Campus” movement and the debate over Chick-Fil-A’s presence on campus, remind students that discrimination is still a reality at Elon. The administration’s actions toward inclusivity will encourage a dialogue among students and build a more educated, accepting student body.

Elon’s LGBTQIA task force, a group of 14 students and alumni, surveyed members of Elon’s LGBTQIA community. Some participants said those who weren’t “out” before college may not feel comfortable answering the question. The majority of others said they were in favor of the change and would have chosen to respond, according to Matthew Antonio Bosch, director of the GLC.

Inside Higher Ed reports that in 2012, when the University of Iowa added a similar question to its application, 353 of its 21,600 applicants checked the box. The second year, 870 of 24,000 applicants chose to respond. That increase indicates that including the LGBTQIA community in the admissions process and initiating a conversation before these students arrive on campus will increase the willingness to be more open in the applicant pool.

The change to Elon’s application is reflective of progress nationwide. Duke University announced earlier this month that it would prompt applicants to share experiences relating to cultural background, specifically mentioning sexual orientation and gender identity, in an optional essay question. Duke will be the first university to add this component to the Common Application.

Elon’s new question adds to the traditional, heteronormative demographics section of the application and sends the simple message: All are welcome.