LGBTQ parades crucial to awareness, acceptance from Croatia to US 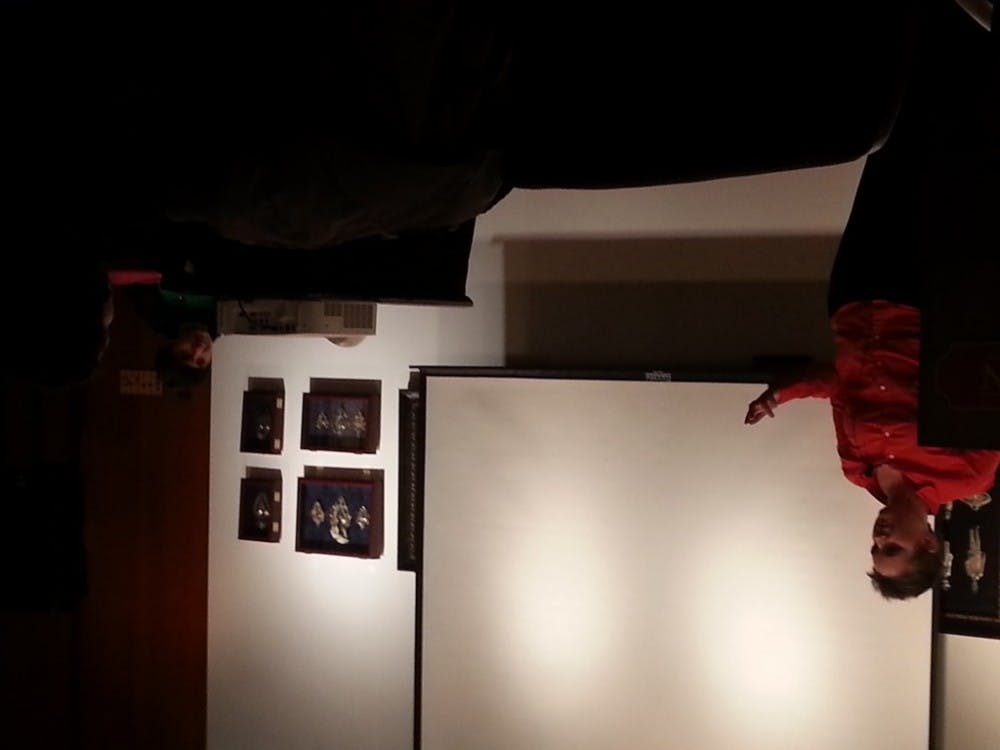 Katherine MacFarland Bruce, left, and Mima Simic, right, discuss the importance of visibility in the path toward LGBTQ rights. Photo by Michael Papich.

As more states accept same-sex marriage, two speakers at Elon University took time to compare and contrast the fight for LGBTQ  rights in the United States to that in Croatia.

Mima Simic, a writer, film critic, television host and Croatian Zagreb Pride Organization’s “LGBT Person of the Decade,” addressed the audience in the Isabella Cannon Room Feb. 10 to talk about LGBTQ rights in the wake of Croatia’s war in the early 1990s and the need for a new national identity.

“In order to reproduce and produce this new nation, being homosexual was not a good identity,” Simic said.

Part of this opposition comes from Croatia’s resistance to other geo-political entities.

“The LGBT non-government organizations [NGOs] were funded with foreign money, so this spread the idea that LGBT rights were being imposed by the West and by the European Union [EU],” Simic said.

Both Simic and the event’s other speaker, Katherine MacFarland Bruce, visiting assistant professor of sociology at Elon, talked about the importance of pride parades in creating LGBTQ  visibility in both Croatia and the United States. In Eastern Europe, pride parades faced significant obstacles when they were first started.

“The first attempt at a pride march was in Belgrade, Serbia. It didn’t even get started because the people organizing it were beaten up,” Simic said. “There was blood all over the city.”

Despite the hardships faced in her personal experiences, Simic talked with a great deal of humor, like when she described one of the first pride marches in which she participated.

“People were curious about us,” Simic said. “I saw a few women walk out of a beauty parlor and say, ‘They look completely normal.’”

Bruce said pride parades have been a main tool of visibility across the world.

“It’s not a visible identity until you make it visible,” Bruce said. “And a pride parade is like a massive ‘coming out.’”

She went on to say that pride parades and public LGBTQ  activism in the United States tend to precede pro-equality laws, though other countries usually have political action first.

“In the U.S., you see the people acting when the laws and political will aren’t there,” Bruce said.

Simic decided to make a public statement affirming her own lesbian identity by going on Croatia’s “Who Wants to be a Millionaire,” and briefly talking about her girlfriend in the show’s between-round banter. The episode happened to also air on Easter Sunday.

“In Croatia, people are sick of politics, especially after the war,” Simic said. “You have to approach them in ways they don’t expect: through their living rooms or on cooking shows.”

Bruce added that a large amount of the LGBTQ messages in the public are introduced in this way.

“It’s taking fun entertainment, then putting in a little activism. That seems to be where it’s going,” she said.

While Simic talked about the progress being made in Croatian equality for gays and lesbians, she said the same is not yet true for people who identify as transsexual.

“Trans issues are not seeping into the mainstream,” Simic said. “When you even say ‘gender’ on TV, people don’t know what you’re talking about.”

Throughout the presentation, Simic and Bruce referenced a map created by the pro-LGBTQ non-profit ILGA-Europe, which described Croatia as having 48 percent respect for human rights and LGBTQ equality.

“It doesn’t seem like 48 percent to me,” Simic said. “But perhaps it’s because I’m so ambitious.”